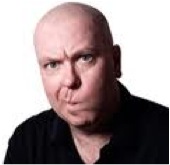 Last week I trolled the local community to find someone willing to spend a day watching the New Eden Tournament and report back. This wasn't as easy as you might think, but eventually I happened upon Assistant Junior High School Football Coach Phil Jorgensen. Phil is 37 years old, unmarried, and enjoys sports. When I asked him to elaborate, he said, "All sports." Sounds perfect.

This is Phil's unedited report:

Thanks for inviting me to watch the New Eden Tournament. This was not something I'd normally do. And for appreciating my feedback. I took notes and will try to give you my honest to goodness feelings and thoughts as I saw them.

This reminded me of the first time I saw Australian Rules Football on ESPN. I ain't got no idea what the heck is going on, but I know it is a sport. I'm thinking this is European since the announcers have got some kind of accent, and they are rather pasty, like they haven't seen the sun in awhile. They must also be really dedicated to their sport since I didn't see or hear any women. I think having some women around would really help this sport get off the ground. Even the NFL uses some lady reporters.

I had no freakin' idea what was happening for the longest time. But I tried to stick with it. This sport is very, very dark. I know, I know, these are spaceships of some kind. I got that after awhile, but it ain't like I'm dumb, it isn't obvious or explained or nothing. It seems to me like the only people that watch this stuff are people that already know what is happening.

I was in Central Park once a while back and I stopped to watch these guys playing Croquet. They had a little stand set up with colorful charts explaining the sport, so you could look at that while you were watchin'. That really made things much more interesting. This really needs something like that.

I admit I liked looking at some of the spaceships. That is very interesting to me. Are these real people flying them or is this like, y'know, a video game? To be honest I'm still not sure of the answer to that one. Are the guys talking controlling things? This was a bit confusing.

My cousin stopped in for awhile and he took a liking to what he saw. He said this was a, I think what he said was, this was a Moo game. I'm not sure what that stands for, but he plays a lot of Warcraft. I know that for a fact.

Frankly I didn't know who to root for. The underdogs always seem to lose. Once a few ships get exploded things seem pretty much in the bag for the other team. Is this normal? In most sports even if a few guys get hurt you can still make it, that's part of the excitement. Y'know what I mean?

All in all I didn't like it much. It is really hard to tell what is going on and I really did try my best. I'd recommend uniforms or some way to tell the teams apart better. Maybe have them yelling at each other before hand so we get a sense of who is tough, or arrogant, or the underdog in the fight. You really need someone to root for.

I hope this helps. It has some promise I think. Spaceships should be fun I think.