How to Spree a System

on November 26, 2012
Spree: an unrestrained indulgence in or outburst of an activity 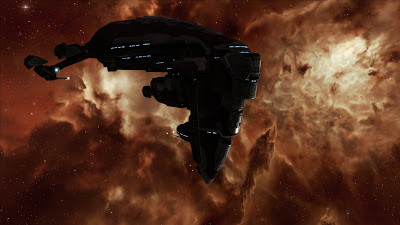 Over the past six months or so I have been primarily flying solo in four main types of play-style: 1) Solo roaming, 2) FW Killing and 3) Spree Killing. The fourth area is small gang PvP with my fellow Corp pilots, which I still do as often as I can.

Solo Roaming is exactly what it sounds like, and while it is certainly my favorite play-style choice right now, it is also the most time consuming. FW Killing was fun for a few months over the Summer when that activity was running high in faction space, but it was only ever a choice of convenience and not one based on "fun". It was hard to just let someone fly unfitted frigates around and around in a circle without killing them in other words. It is a lot like undocking on a Cyno ship sitting on the station, you really just have to explode it.

That leaves Spree Killing. This is what I call the small chunks of time I spend totally dominating a system in one ship. The process involves having a lot of fun, tons of danger and the potential for interesting kills. And sometimes, the horrible slaughter of innocents. I've really grown to enjoy it.

So far in November I am 42-0 in my Sacrilege. Over the past few months, based on a quick killboard count, I am aprox 110-3 in the Sac. Almost all of that having taken place in one System. I call what I'm doing "Spree Killing" and it has developed due to a general lack of significant playing time in-game. Primarily around 30 minute blocks of log-on and play. ( Just a quick note: The 3 Sacs I lost were left over from last year and represented some significant trial and error fitting, as well as lack of proper access to ammo and fittings. I considered them sacrificial lambs and at first, this was all they were supposed to be. But they allowed me the opportunity to refine the fit.)

Spree Killing involves all aspects of PvP including some of the more underhanded and nefarious aspects that any self-respecting pilot would like to avoid. Like Station Camping, Gate Camping, baiting, mechanic exploits ( not real exploits, but using game mechanics to your advantage exploits ), and generally being fearless in the face of danger. And foremost above all else, knowing your limitations and being willing to run away when needed.

Remember, during all of the above, you are totally alone. That is the part that gives this nefarious play-style the excitement and adventure it needs. I wouldn't think of doing it with anyone else around, but that's me. Also, you can only do it in short bursts. I get bored very fast and I start to feel really bad about myself if I hang out in system for too long. If nothing is happening I'll dock up and jump in a roaming ship and go looking for trouble. You have to go away, sticking around is the part that leads to you getting ganked. Remember that.

So what do you need to enjoy Spree Killing?

1) A System
I picked my old home system simply because it had three Sacrilege's in it and some supplies. But it turns out to be the perfect Spree System. It has four stations, but one primary shopping center. It also has two hi-sec gates, but one primary entrance. And it only has one low-sec entrance. Which also just happens to be off-grid from most of the above. Why is that important? Because local spikes long before anyone can land on grid with me.

2) A Ship
Personally I think the Sac is the perfect ship for this type of play-style, but that's me. Your choice needs to be able to survive under station and gate guns long enough to kill your target and escape. The Sac is a great choice because it can kill multiple targets under guns and still escape. Some people might choose a BS, like a Mael, but they are too big in my opinion and they limit you to just station camping, which is mind-numbingly boring.

3) Bookmarks
You need a ton of well organized bookmarks. Undocks from all stations, scan points from all objects, gates, etc. Safe spots, pounce spots, off-grid spots and close to sniper range spots. The more the merrier, just make sure you know what they are, so properly labeling them is critical.

4) Intel
Know the system. Who lives there, what do they do? Do they travel in groups? What do they fly? Do they bait? If there are four of them docked up and you engage one, will the rest undock on you? Know the system and its regular inhabitants like the back of your hand. This is critical.

So what exactly is Spree Killing?

I'll tell you what I think it is. I log-on and undock. I do a quick scan and warp to the place where there are ships and shoot them in the face. Wherever they happen to be. The other day I scanned a Catalyst ratting in a belt, so I warped in and killed him and his pod.  Immediately I also noticed a Thorax on scan, he had warped to the hi-sec gate at range, so I warped away from the first kill and exploded the Cruiser and his pod. Then I noticed a Merlin on scan, killed him and his pod. As I was doing that a Badger undocked from another station and I caught him on the gate, and his pod. Which was fortunate because a Cormorant jumped into me and I killed him and his pod also. According to the time stamps on those kills I destroyed five ships and five pods in 27 minutes. I was under GCC the entire time.

This is extremely dangerous activity. At any moment anything can come thru a gate and ruin your day. Or jump on top of you, or scan you down, or undock, or bait trap you and kill you dead. And it happens. This is not lazy station camping. You only stay on station for protection while you don't have GCC. But once you have GCC you only go to stations and gates in limited bursts. Swooping in to catch your prey and then gtfo.

I usually laugh a lot when I'm doing this it is so much fun.

Your results may vary.