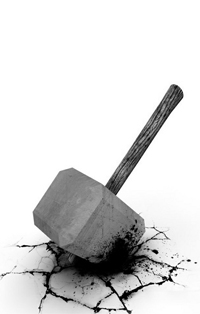 I wanted to write this yesterday but I've been, I admit this freely, kind of "blah" when it comes to blogging the last week or so. This happens from time to time and it isn't anything to get concerned about. When you are as active as I am in the community it is bound to happen.

Most of my Tusker brothers are away on a family trip way down in the Evati area for a few weeks. I couldn't go this time. RL is just insane at the moment and my other commitments meant I thought it would be better to just hang around the "house". With the cat away the mice will play.

So the other evening a fleet of Devils Tattoo guys appeared in the neighborhood. Numbering around 20 or so, mostly frigates of various and sundry complexity. This is exactly the kind of gang one hopes will appear... when there are people around to help you play with them.

Sadly, at the time, it was just me and Mister Marram in local. We talked about what we could do, but our options were rather limited. We both jumped into our Cynabals in the hopes that their fleet might split up and we could pounce on some stragglers. No matter how many times I did the math in my head, the numbers were just not good. And while two Cynabals can handle a lot, 20+ frigates would overwhelm us in short order. Especially since we had tested them and knew they came prepared with TDs and whatnots.

About this time Easy Target showed up and offered to help. Three is much better than two and the math started to make some sense again. And then I remembered the two Dominix BS that Tsubatai had given me when he left Eve a few weeks ago. I quickly pulled one of them into the hanger and switched out a few mods, mostly exchanging armor transporters for more neuts. I needed the second Domi, which is unfitted, for the drones left in its drone bay. This will be important in a minute.

The plan was simple. I would undock and warp to the Sun (where they seemed to be hanging out at that moment ), get someone to aggress my Domi and then the others would arrive to pick them off. With a full rack of neuts, a 137k EHP tank and flight after flight of drones, I figured this was a tactic with little downside. If it worked.

So I undocked and started warping to the Sun. It was then I realized I had just undocked in the UNFITTED Domi!! A quick CRTL+Shift and re-dock to get the right ship. I came very very close to derping and being horribly embarrassed, even for me.

I landed at the Sun but they had left already. Domi's are notoriously slow. But a few were left in local and I'm sure the scan must have been interesting to them. And, dear reader, remember this next bit. We weren't looking to pwn anyone here, the only idea in our heads was to have a fight and enjoy ourselves. I was hoping the DT guys would appreciate the effort.

A lone Stiletto showed up about 78k from me. He thought about it for a moment and then moved in. Yeah! Then several others and I started the sloooow process of locking down targets and gave the order for everyone to move in. We were on!!

You can see the Battle Report for yourselves here.

That is actually two battles kind of mixed up, the bombers and falcon showed up after the Domi was off the field. In addition, they had more ships than the BR shows, but many of those did not engage. For my part I was able to lock everyone up and distribute drones to the fast tackle and neuts to the heavier stuff, that was my basic plan. I only had one point, but I kept it on the Enyo until he exploded. We did lose Easy's Maller, which wasn't unexpected, they aren't known for their speed.

Fights like these are not about the numbers. They are about the play. I expect the DT gang was probably bored at this point in their roam and we were too few in numbers to offer much of a challenge in a traditional match-up. So I improvised and offered a challenge of a different kind. One which they accepted and, from what I hear, that they appreciated.

This is also part of Eve. Part of the mutual respect that us Low-Sec pilots have for each other and the play-style that we've chosen. It is hard to explain to those of you reading that do not live in our space.


By the way, Tuskers are recruiting.