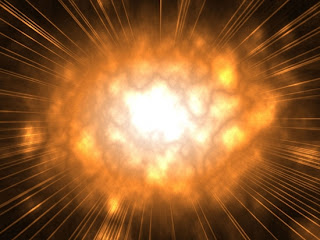 This is a short story.

Due to my weird time schedule, RL, work and generally strange life - I don't often get to go on official Corp roams. It isn't for lack of want to, quite the opposite. But reality doesn't often allow.

Yesterday everything came together so that I could make the 20:00 planned roam. I bought and fitted a brand new Prophecy and waited.

The gang assembling in system was impressive. A good mix of Tuskers, some pilots from the SC and friends. With a good gang mix of Prophecies, tackle, scouts, and logi support. It took about 45 minutes for us to get started. Not unusual.

I spun my ship in the Hanger for the first time in months! ( Despite what some people believe, when I am actually "on" I am in space. If you see me sitting in station it is because I am afk or fitting up a new ship. )

Anyway, off we go straight into a fight. Reports of a large Caracal gang come in while we are forming up and we head straight over to brawl.

They out-numer us of course, but that never stops us. I warned you, this is a short story.

From my perspective, this is what happened. We got our instructions from the FC and we followed those instructions. I landed at the range I was supposed to land at...


That was it. I didn't have time to lock anyone or fire a weapon. I did manage to broadcast for reps, but that did me little good. Now, there are 40 enemy ships on my killmail. Apparently they had time to lock me and shoot things at me. And inflict serious damage, my tank was nearly 90,000 btw.

But me? From my perspective, all that happened was I landed, tried to lock the primary and was dead before my lock resolved.

Tidi was running at about 80%.

I don't know about you, but I don't play Eve for that experience. Insta-death is one of the biggest reasons I left Null Space fleet battles. When this happens to your BS in null space because there are 400  ships on the other side of the gate, that is one thing. But when this happens to your boosted, hi-resist 90k tanked BC in low-sec, that is quite another.

It isn't the death. I don't mind dying, it is part of the game. It is not having a chance to fight.

And insult to injury... they were Goons too. Good grief.