The Past is Dead 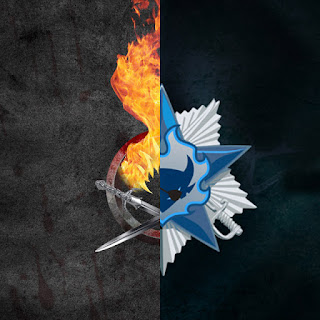 Does anyone even remember why a corporation named Unforgiven Blood failed? Does it even matter?  Does anyone remember or care why I believe the CVA stabbed me in the back three times? Over three years ago? Why I left Tropical Killer Bananas after less than a day?

I mean, they do make for interesting story foder from time to time, but those events have no impact on me now. None. That is because they are in the past. They are effectively, and for all intents and purposes, dead.

Not a single thing that happens inside Eve affects the person writing these words. This is often forgotten in the day-to-day drama that is Eve. And yes, it is a drama. To deny that, and to deny your own part in that drama, is to deny yourself and the role we all play. But that drama is a virtual one. It changes, it morphs, warps, evolves and eventually is lost to the dust bin of time.

This blog has seen its share of those changes. From the wars in Providence, to the founding of Alliances in Syndicate, from small neuts on Vagabonds and the drama that caused in RK, to the Muppets shooting a blue freighter, to Burn Away and the explosion of Lucifer's Hammer. And more. Almost five years worth. Tuskers was to be my refuge from drama.

But you can't run and hide from it. Things happen with or without your consent. And while many people would like to think that it does, that is self-delusional. Especially when you throw an incredibly popular and charismatic Eve Magazine writer into the mix. I'm bound to report. To chronicle. That is what I do. This blog does many things, but it is primarily the story of my Eve career. When things happen I tend to write about them. If CNN fired Anderson Cooper you can rest assured he would talk about it, probably on Oprah.

And admittedly I used those events to promote my own Corporation. That is also what I do. Much as I have done in the past and will do so again in the future. Despite several previous attempts to "move on", some people keep writing me with advice. These also have to be mentioned. The best I can do is sometimes delay writing about things, to see if they improve, or if the situation changes. But eventually I will have to talk about them. One way or the other.

But Stay Frosty was never about revenge or drama or anything other than what it appears, a chance for me to redeem myself in my own eyes regarding what happened with Lucifer's Hammer. That was the entirety of my thought process. It had nothing to do with being kicked, or anything else for that matter. Certainly at first, the bad blood spilled into the streets a bit. But I will mention this publicly, Stay Frosty understood our purpose and we generally avoided direct conflict to allow things to "cool down". That doesn't mean we haven't fought, we have of course. But I never wanted this to turn into anything personal. I still have a tremendous amount of respect for most of my former corp members.*

I can't change the past. I was indeed kicked against my will. That is a fact. But I've moved on. Stay Frosty is growing and learning and turning into a damn good corporation. We have a ways to go yet, but I am extremely proud of our pilots. Each of them have taken to the task at hand with passion, enthusiasm and determination. I couldn't ask for anything more.

It has been almost two months now. The past is, in my opinion at least, dead.

Let's move on down the road and see what happens.


*And anyone reading this that believes the CEO isn't one of them doesn't know me very well. There is only one member of that corporation that I have no respect for and he isn't even a member right now.