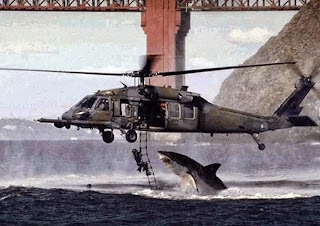 If I learned anything yesterday it is this: I probably shouldn't play Eve when I'm stressed about being unemployed, not feeling well, trying to build a 'from-scratch' marketing plan for a multi-million dollar company, under court-order from my decade long divorce, and otherwise stressed to the hilt.

Perhaps one doesn't think clearly under such conditions?

I had a bad day. It happens. And it ain't no thing. But, as always, I strive to be as honest as possible and talk openly about my horrible tendency towards failure from time-to-time. It ain't all a bucket of roses!

My truly horrible derp happened first thing in the morning. I had logged on to be immediately beset with the usual amount of convo invitations, Corp business and whatnot. Someone reported a Manticore running Combat Sites in the system next door. I just happened to have a Manti fit up from our Null plunge last week and undocked it. My intention was to go sit on the bookmark for a short while and see if he uncloaked. That was the plan. (The fit was specifically intended to work with other SBs and support ships btw, it wasn't a solo Manti fit by any stretch.)

I had barely landed on the site when someone mentioned a Kestrel in the next system. There were a couple of us on and I figured I'd head over and see what was happening, instead of racing back to re-ship. Mistake number one. Sure enough, the Kestrel was inside. At this point my Son has arrived at my desk and he is a major distraction. Mistake number two. I distinctly remember thinking I would follow my two corp mates into the plex, as backup or support. I had no intention of engaging the Kestrel in my Manti. Looking back I can't even tell you how or why I ended up in the plex first. I can't blame anyone but myself. Predictably this happened and the Manticore went boom. Duh. Feel free to pile on in the comments, I deserve it.

In local Star commented that I should have known better. I commented back that I did know better and, for some reason, I did it anyway. I don't know what to tell you. Total brain fart on my part.

Since I suck I decided to re-ship into a ship that I always seem to suck at, a Tristan. I don't know why, everyone else seems to do so well in them, but I still haven't managed to have much luck with it. So why not?

By this time a few of us were loosely ganged up in the usual Stay Frosty fly around and get into trouble gang of the day. I jumped into a system and there, at the gate, sat a beautiful Gnosis. I held cloak and he had probes out. He just sat there while I wished I was in a Drake instead of the Tristan. I'm telling everyone on comms to get their butts into system when he warps to the Sun! I just can't help myself and I warp after him with two of my guys right behind me. I land right smack dab on top of him, I think one of my Tristan fins scrapped some paint off his ship. This was not good news and I knew I would be dead, but I got point anyway and overheated all the things. My mates landed further away and by the time they also got points I was dead.

I burned the six jumps back to re-ship. More than likely the Gnosis would be gone by the time I got back, but a few other pilots were on their way. And according to reports he wasn't in any hurry to leave the Sun.

I picked the Navy Caracal because one of our guys was already in a Caracal, seemed like the right thing to do. It wasn't. When I returned the Gnosis had just warped off to the station. And what followed was the typical game of cat and mouse, trying to get him off station and pointed somewhere useful. Which finally worked and the other Stay Frosty pilot called point and we warped in for the kill. As usual I am spamming the d-scan on the way in and at some point towards the end of the warp, the Proteus shows up. I am so dead.

When days like this happen you just have to laugh, own it, and move on. I am a horribly distracted person right now and despite my own thoughts, it does affect my game play sometimes. I'm not perfect. And I never claimed to be so. I am determined however, so today is a new day.

The rest of the day yesterday went extremely well, even though I didn't manage to get any kills. I did but a shit-ton of ships, fly around in my SFI, get taunted in local for the SB loss, and miss out on a fun WH op a bunch of guys went on into Curse! Grrr.