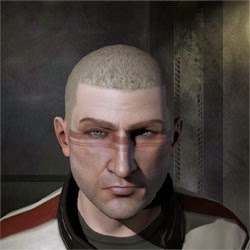 Este DeStirr joined Stay Frosty right before Christmas of last year and has been with us ever since. He is an extremely active pilot both in-game and out, especially over on Tweetfleet. A relatively new player, Este started playing Eve just last August. He is still learning his way as a PvPer but has been making tremendous progress.

I started playing in August 2013 after seeing that a co-worker played, and Googling it to see what this EVE thing was. I knew it occupied a dark corner of my mind after seeing the learning-curve comic. Then I saw "internet" and "spaceships" and every nerd crack neuron fired.

I played as a miner for 2 mos before our indy/missioning corp was infiltrated by the Umbrella Group and ransomed to death. They killed 2 Orcas and perma-decced us until a ransom was paid. I was frustrated and fed up and decided if I was going to be a target I would earn it. I have a Twitter account for Este and had started following a lot of different kinds of players - Rixx was one, and his posts were entertaining and full of joie de vivre. After getting HTFU'd by wardecs I was ready for some of that. And I knew I'd learn how to fly more aggressively.

Joy and Comradeship. There's a simple joy in undocking and expecting to get exploded, but knowing that your corpies are there to help out, cheer you on, or give you crap for that fit. Oh, god, that fit. :-)

There are as many fits as there are pilots. A fancy ship will not help you if you don't have the Skills or the skills. Ran my first and only Enyo into a trap and got exploded (and podded) by a cockbag Thrasher that was cloaked next to a Novice plex gate. The easy-kill Atron in the plex was bait! D'oh! Always GF. When you die, link your own killmail in corp chat - there's no shame (at least in SF), it's a chance for more experienced pilots to tell you why you were shit fit or picked the wrong target.

Undock. As a recovering Carebear that was the biggest hurdle. "What do you mean undock when someone might kill me? I might lose my 3M ISK ship! There are REDs in local!" Yeah that. Undock, die, undock again. Have a good attitude. Don't be a sore loser and never be a sore winner. I'm still learning these lessons but in SF it's easier to do 'cause everyone else has the same attitude.

For me, to start getting into more fights I will probably lose. I still shy away from bigger, faster ships or lower-sec-status pilots. I want to fight as many of the pilots on Rixx' Famous Pirates Trading Cards list as I can. As for the corp, I want to eventually not be a liability on roams!

Not so funny, but I convo'd every war-deccer who killed me as a carebear (except ZayIinn/UG because *attitude* man) and asked them how? Learned about covops scouts and warpable bookmarks and all sorts of stuff. Bammax was really helpful after he warped his Enyo from 150 off station into the lap of my incursus and simply melted me. I thought it was magic. He explained covops alts.

Unlike many of the neckbeards you find in EVE, Rixx is a visual artist with many talents. As a designer by training but nerd by practice I can appreciate that. Also, he's so humble.
(EDITOR: Rixx is very humble! Well said.)


Look for more -ABA- Pilot Profiles in the coming weeks! And thanks to Este for being first.