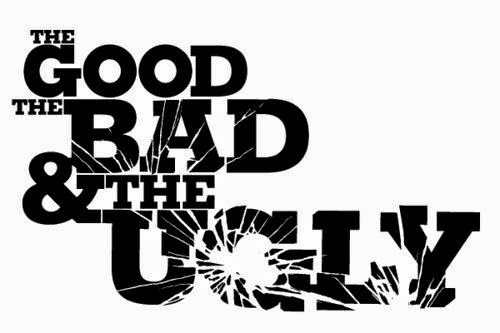 Enough prattle! Let's talk about fights. With my Eve playing time somewhat limited this month, I've been trying to focus on maximizing the time I do have. What does that mean?

I have no idea. To be honest I log on, undock in something or other and fly off to find fights. If I pick a T1 Frigate you can rest assured it will not be returning to the hangar. They never seem to make it back.

Which is exactly what Frigates are made for. So let's take a look at some of the more memorable fights from the past few weeks.

THE UGLY (But Awesome!)
Slicer Vs Drake and Slicer Vs Caracal (with Tristan)

I freely admit that I have problems. One of them is when I see a BC or a BS on scan at a belt. I have this strange compulsion to fly in there and grab tackle, no matter what I happen to be flying in at the moment. After that, the rest will sort itself out in due order. Either I die in a glorious and valiant ball of fire, or it does. Either way, Geronimo!!

It is not easy to kill a whole Drake with a Slicer. Especially with local being busy, ships flying in and out, and constant cap issues. Luckily, Laguna was nearby to add some much needed final blow power once I had burned thru his shields. I started to feel kinda bad about this one, thinking the guy was a Newbie, but he isn't exactly that young. So meh.

About twenty minutes later and I find myself in Nisuwa once more. Guess what? Dude is in the belt again, this time with a Caracal. Geronimo!! I did get a nice "goddammit" in local this time. lolz.


THE BAD
Slicer vs Huggin

Karma is a bitch. To all the haters out there, I've always been open and honest about my suckage when it comes to fights. This is yet another example. Going thru this system on the way out I saw the links in local. When I finally came back that way, I saw the scout in the previous system. And yet, for some reason, I still jumped thru the gate. Yep. Linked Huggin points your MWD Slicer 14k off the gate and all you can do is align out and wait. You can also shoot back a little. Pod out. Was a good run with the Slicer and it almost made it back to station! lolz.


THE GOOD
Tormentor VS Hookbill

I have re-discovered the Tormentor lately. I flew the little Frigate a lot early last year and have sporadically since, but lately I've been having a blast in it. You don't see them a lot and I think people seriously underestimate what they can do. I think this guy did. Serves him right for killing Laguna's Tristan moments before. And before you start thinking, jeez Rixx you just kitted this poor Hookbill from 20k away until he exploded. I most certainly did not do that! I brawled his ass down under dual webs baby! Like a boss.
Mostly because my Tormentor is slower than molasses and the HB was much faster than me.

Just in case you think this is a fluke, here is yet another Hookbill that fell to my Tormentor.


THE UGLY
Comet VS Astero

Sometimes I do the dumbest things. As any PvPer knows, micro-managing yourself and your ship and your mods and everything else during a fight can get very complicated. It seriously becomes muscle memory and intuition in those brief glorious moments, over-think it and you may find yourself exploded. Focus on one aspect and another one may get out of control. Take for example this glorious fight, and it was a good fight.

However, I should have lived. In order to catch him I had OH'd my AB and then went on to manage the rest of the fight. Which, as you might imagine, quickly descended into both of us being in structure. He was slightly ahead of me on that count. But it was then that I realized my mistake. My AB had been OH'ing the entire time! I had forgotten about it in the heat of battle and... yep... there it goes. Burned. And, predictably, there I go moments later. I totally deserved to die.

And of course, so did he.


THE GOOD?
Comet VS Procurer

I put a question mark there because... no matter how much I believe anyone who mines in Low Sec is asking for it (and they are), I still have a heart. Also, I landed 37k away from him, so no excuses. Plenty of time to warp off had you been aligned.


THE GOOD
Stuff VS Stuff

Ok this is a tad confusing, so bear with me. I'm out and about in a Merlin when someone reports seeing a Goon SFI in a nearby system. Of course I warp directly over there and sure enough Nix Pardus has it pointed with his Breacher which explodes as I enter system. The call goes out and I go in. Of course I am going to die here, but I should be able to hold him long enough for the calvary to arrive. Which is exactly what happens. And our home system is only 2j away, so off to re-ship. I manage to get back in my Sentinel with enough time to get some nice dps on him and save the rest of our frigates.

About then is when everything goes to Hell in a handbasket and that battle report gets very hard to follow. Suffice to say some of our ships were not the best answer to Vigilants and Arazus.


THE BAD
The Dominix Navy Issue

I can't leave without mentioning this, which was actually the precursor to that SFI fight above. We had picked up the Domi on scan in the previous system and had been following him for a few jumps, trying to catch him. He kept warping to planets and was very hard to catch for some strange reason. (Cough) Even though we'd gotten points on him a few times.

Eventually those before mentioned Arazu and the Omen managed to pin him down. And that's when we all discovered his sekrit! SIX, count 'em for yourself, WCS.