I get bored also 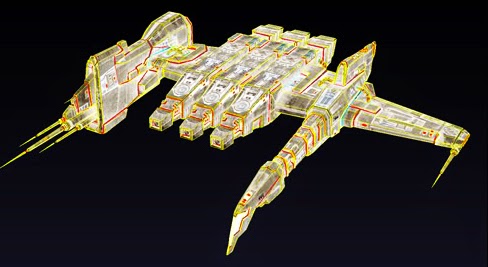 I believe one of the key ingredients to long-term enjoyment of Eve Online is being able to recognize, accept, and alleviate boredom. Let's face it, Eve can sometimes be a grind, be extremely boring, and often be horribly repetitious.

Over the years I've developed some personal strategies that I employ to combat the creepy madness, as I'm sure many of you have as well. One of these strategies is what I decided to do yesterday. Just for fun. And I'm going to share with you what it is, how it went, and how it all exploded under me. All within a few short minutes of available play-time. (Maybe an hour or so.)

What I do is survey the hangar and find a ship I haven't flown in a long time, like the Kestrel. I used to fly Kessies in my regular rotation, but like everything else I try to mix things up and move on to other ships - so it had been awhile. The Kestrel is my #5 all-time used ship and I have many great fits saved for it. The key is not to even look at those fits. So I don't. I just take the ship as it is, sitting there floating in my hangar, and fit it from scratch. So that is exactly what I did.

Here is the fit I managed to cobble together:

Let's keep in mind the goal here is to have fun and not be a l33t level Pee-Vee-Pee'er. I am well aware of the issues with this fit and I don't care. It is cheap, it produces a lot of deeps, and it is a blast to fly it without a care in the world.

Even so, finding a fight yesterday was not easy. Either systems were empty or they all ran away from me. Let's review who wouldn't fight my poorly fit Kestrel: A Stabber, 2x Tristans, a Hookbill, a Tristan who I told about how bad the fit was, and about four or five other ships. Eventually I did manage to whore on a Atron kill.

The next kill was awesome and I managed to get top damage on a Wolf that Cerv had caught with his horribly fit Condor.

And then this Daredevil shows up in local and we all try to find a way to catch him. The pure mania displayed is always something to laugh about, we Stay Frostian's are a blood-thirsty bunch of idiots. But we also tend to eventually get our target, even when he has a buddy in an Ishtar waiting for us. So we kilt his DD right under the Ishtar's nose. Sadly George lost his Tristan in the effort, but it was well worth it for that kill.

Then things got weird. I found this merlin sitting in a Anom and quickly dispatched his horror of a fit. Because it was so terrible I also took his shiny pod from him as well. Sadly it was only shiny on the outside.

Then I did a dumb thing. I said in fleet chat that the ship I hadn't given any thought to, was "doing well". After I said that I even admitted that I shouldn't have and that, most likely, I'd be dead in a few minutes.

Sure enough. The km only shows two ships on me, but there were six of them including a Keres. Either way, the day was over and mission accomplished.

I'll take a Kessie in exchange for a Wolf and a Daredevil any day of the week. Not to mention the extra Atron and Merlin bonuses. But most importantly it was fun to fly with no worries.

What will I fly next? I have no idea.