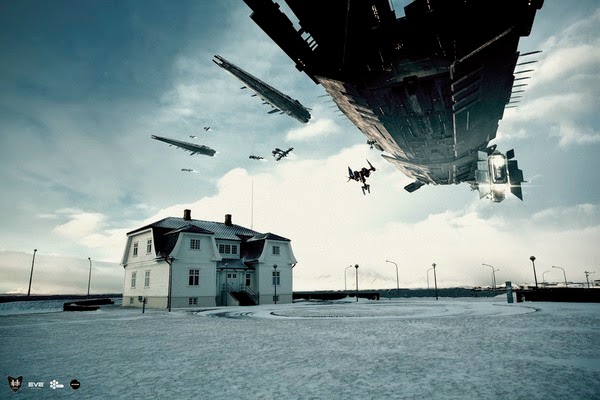 No longer shall millions in debts, bankruptcy, horrible legal court battles with insane, psychotic ex-wives, or a catastrophic loss of livelihood stand in the way of me attending FanFest. Nope. Even though I really still can't afford it, my Wife and I have decided that this is the year. We've purchased our Airplane and Hotel reservations and will be attending the bash in Reykjavik this March. Woot!!

Finally Rixx Javix will be in Reykjavik!

Every year since 2010 I've planned on attending and every year something horrible would come up that would keep me away. I joked to my wife the other night that I fully expect Bárðarbunga to erupt and spoil FanFest this year, it would make perfect sense.

I've been playing Eve since September of 2008 and I have yet to knowingly meet another Eve player in person. (Not counting my Son, who introduced me to Eve in the first place.) So I freely admit to the concept of me physically attending, after all these years, to be perhaps the weirdest thing I have ever done. And when I say that, it means something. I've had Baboons on my back, sat on a Motorcycle I had built on top of the Crazy Horse Memorial, thrown Santa off a snow-covered roof in the middle of Summer, had the Gorilla from Gorilla's in the Mist watching Planet of the Apes... I could go on and on, my list of weird things I've done is rather long.

It is weird because I know so many Eve players. Thousands and thousands of them. Over the years I've shared real life issues with people from all over the world. We've talked about private matters, lost jobs, immigration issues, family tragedies, college finals, the births of children, so many things not even related to Eve. I feel like I know many of you. And so many of you I would call friends. Fellow Bloggers, artists, writers, podcasters, twitter users, hat-wearers, and both friends and enemies in-game.

And yet, I've never even met one of you in the flesh.

All of that is about to change. And I hope to get to meet as many of you as humanly possible in March. There are so many that I won't get the chance to meet because they won't be coming to this year's event. People I waited to long for. And, as much of a bummer as that is, it is still a great thing to look forward to seeing those that will be there. Not to mention all the great people at CCP who I've also (sorta, kinda) known for so many years.

My Wife just smiles and shakes her head at me. But she is also very excited, albeit for potentially slightly different reasons. Huge credit to her however, it isn't every Wife who would be excited about our first overseas trip together being Iceland. lol.

I'm sure FanFest will be a big part of this blog over the next three to four months. To everyone reading, I hope to finally get to meet you and shake your hand and struggle to make the connection between you the real person and you the virtual person. I wonder about that sometimes.

Should be a very interesting, illuminating, and ultimately enriching life experience.