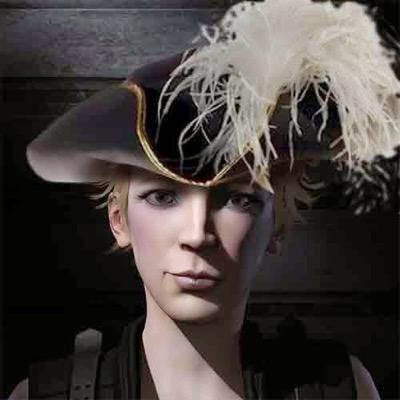 My wife decided to start playing Eve after our trip to Fanfest. Every so often she will be writing about her experiences as a young player learning the ins and outs of her journey. This is her first entry.

I'm two weeks in to this thing called Eve and I love it, I want to blow stuff up, but I can’t even remember where to go to fit my crappy rookie ship half the time.

And the Rats, that was cool at first. Then I had three shooting at me before I was even in range to do anything, stoopid slow Ibis.

But you know what, I really like it and I want to get better and figure out how I want to configure those crazy dialogs on my screen. When I have had time to play, there’s been a lot of “hey Rixx, come here, what’s this, why do I do that?” I am fortunate to have someone there to help, and there are a lot of resources for learning, but I am one of those 'figure things out the hard way kind of people IRL', so it’s likely I will be that way as an EVE player. I haven’t been able to play as much as I want but that’s okay, I work it in when I can. I am eager to explore and see what else is out there because from what I have experienced by not even playing there is community and many different paths to choose.

I would like to say that I dislike the IBIS, it is slow and all I want to do is blow up Rats and when I warp in and there are three of them I don’t stand a chance. And that sucks, but it makes me want to try harder, get moar stuffs so I can have a better ship and weapons and get moar practice. Rixx tells me what areas to avoid and other tips but I can’t remember, so I think I will probably be investing in some post-it notes to frame my computer monitor.

The learning curve is steep, and I am not comforted by Rixx saying, “They didn’t have that when I started.”  But that challenge is what is so enticing about it. And then there is the metagame aspect, it intrigues me. I don’t know exactly what I want to do in or around EVE, and I imagine that I will try many different things. It is exciting to know that there are so many options and paths available with communities to support them.

That last part is what really got me thinking about playing EVE in the first place. Community and paths. Real life blows sometimes, I don’t find much in common with people I work with or meet in my community. I have changed careers and jobs more than a few times. I like to try new things and learn. So why not have a hobby to do that? I have explored other interests but a person can only knit so many scarves or make so many pieces of jewelry and those are typically very solitary activities unless I join some group, which I tried, but no thanks. So why not EVE. Why not choose to play a really difficult, ever changing game where I can blow stuff up or be blown up instead of telling my boss fuck you.

I considered EVE for a long time, and I just couldn’t make up my mind. Did I really want to play this game? How am I going to remember what all of that stuff does? Do I want to be a pirate with Rixx or do my own thing? What about the jerks, sexism, and just crappy people in general? What finally helped me make up my mind happened the day we returned home and I returned to work. In a conference room, with three hours of sleep and jet lag, reviewing a web site I created for a group of engineers and the like, a couple of them asked “How was Iceland? Why were you there?” So I reluctantly explained about Rixx, “Oh I used to play WoW, I think I may have tried EVE at some point, do you play?” Before I could answer one of the managers had queued up the This is EVE video on his phone. “Oh that’s not the one I tried but it looks really cool.” So a few of us talked about EVE and Iceland and it was cool. Then one guy said, “I don’t know why you would go to Iceland.” I ignored it, there’s a lot of that in my workplace, hence the reason I mostly keep to myself since I don’t dig small minded jerks. A little later in that meeting that same small minded jerk made one of those casually sexist remarks. There was a lot of Whoa dude! after that, but at that moment I had made up my mind. I put up with a lot of that at work, and frankly that was the final straw. So I went home and signed up, and started learning the very next day how to fly my rookie ship.

I might forever suck at EVE, but at least I am playing. And that is my big middle finger to small minded jerks everywhere.