The Thing About Trolls

on February 24, 2016
Way back in 2013 I worked with Markonius Porkbutte on designs for the Brave Newbies Alliance. We collaborated on the project over several months and I created dozens of various options for them to consider. It remains one of the largest Alliance logo projects I've ever worked on and quite a bit of really good work came out of it. Some of which I remain very proud of.

Yesterday a fan of mine posted over on Reddit about a Rokh Poster he had recently printed out and had framed. He was proud of it and wanted to share it with the community. He even asked me ahead of time if I minded him posting on Reddit. I said, "only if I can post it over on Twitter!" lol. I was made aware of the Reddit post late last night and the comments were generally very supportive. Until this morning.

Trolling is one thing, but making direct and specific accusations is another. So I immediately did what I always do in these cases and sent Markonius some convo requests on Twitter and Slack and waited to hear back from him. We have since talked and cleared up the root cause of this idiocy and I want to make the entire thing public now for all to see and read.

During our collaboration on the Brave Newbies Markonius shared with me this image he had created:

Which I worked on and turned into this: 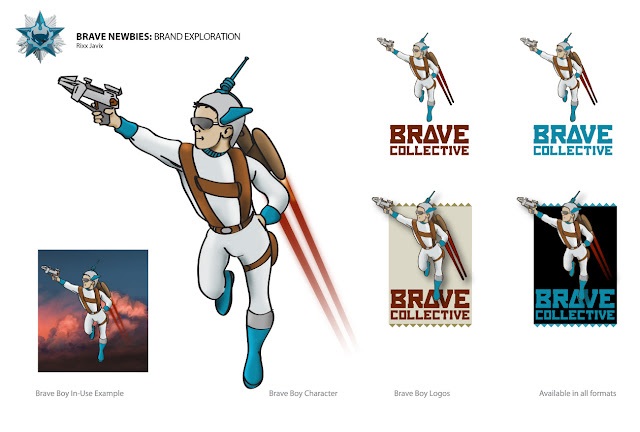 It was never used and I gave attribution over on my Flickr account. And so it sat in my folders for almost three years, I never throw anything away. Until one day over on the Slack Creative channel CCP FoxFour asked us all to try and create a new identity for one of the Dev Teams. The name of the team sparked a memory of this art and I grabbed it, created a new environment for it and posted it. They loved it and decided to adopt it as their team identity. I've done this numerous times for other Dev Teams, so this was nothing unusual. I was glad that the art was finally getting used frankly.

And so is Markonius by the way.

I want to make this as clear as humanly possible. I have never knowingly used another persons art and claimed it to be my own. Never. Nadda. Zilch. This does not mean I haven't made mistakes, but when those do happen I own up to them and make them right immediately. Within the Eve community we all live in an environment of "fair use" and usage of CCP's IP, which can often cause cross-attribution issues among those of us that create content. As such we've all come to live under acceptable conduct regarding each others work. Conduct which I fully respect, have helped to create, and continue to be actively involved with. We are after all talking about FREE work here. Nothing that involves real money, the legality of which is all protected by fair use policies accepted worldwide.

I am a professional creative. I have been for thirty plus years. Attacking my integrity is a serious issue that I take seriously. It is the foundation upon which my entire living is based. I have clients who come to me specifically because of my integrity, both here in Eve and out here in the real world. And I will take any accusations that threaten that integrity seriously.

On that you have my word.

Here is Marknius words on the subject.