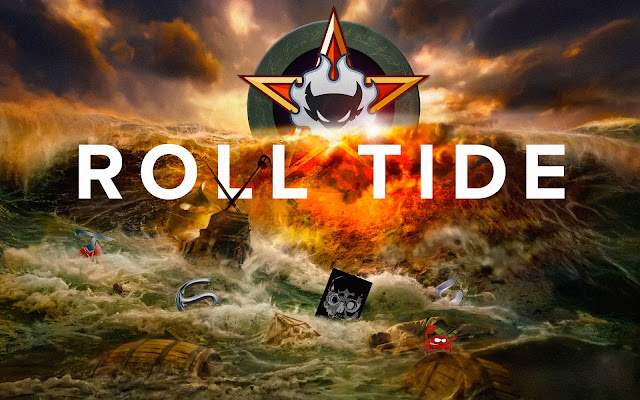 The first weekend of Alliance Tournament XV is finally over and A Band Apart comes out with two wins against two quality teams. First I want to thank both Solyaris Chtonium and Hard Knocks Citizens for two excellent, competitive, and well-fought fights. You both pushed us to the edge in both matches and came close to swinging the fight in your direction. Good fights. Good luck to both of you in your upcoming rounds.

It is difficult to communicate what flying in the AT is like. Our team is made up of pilots I've known for a long time, many of them have been in ABA or Stay Frosty for over four years now. Many others I've been fortunate enough to meet in real life, some several times now. This is our third run at the AT and we still have five pilots on the team that have flown in all three. Our team is 28 pilots deep this year and we've all been practicing and planning together for months now. For hours on end. Our entire Alliance has been building, moving, and supporting the effort. This is the part, beyond the actual fighting, that gets hard to communicate. There is a profound sense of all that friendship when you are flying. Of not wanting to be the one that lets them down, that makes the mistake that costs the match. I know I feel it and I'm sure everyone else does as well.

So it is a huge relief when all of that actually works. When I was flying with my teammates today it felt like being part of a well-oiled machine. All of those hours of practice, all those different trials, testing, figuring out things, all came together. It wasn't so much as thought as it was pure instinct. And confidence in those around you. That is a truly great feeling. And it doesn't really have anything to do with actually winning. But winning sure does make it even better. I ain't no idiot.

I'm also not going to take more credit than I am due. I'm mostly just the Head Cheerleader for our team, link pilot, and big ship boom guy. Often primary. Our FC Jose Zampano deserves the most credit. He stood up last year and led us into a Top 16 finish and this year he is doing another fantastic job of leading our team. And he has a lot of help from Andy, and Methea, and Bluey, and Stickel, and others on our team.... Heck, here they all are.

That's the ABA ATXV Team right there. (Thanks Bluey!)

I have no idea what will happen next Sunday against We Form Volta. According to Ithica Hawk we are in a lot of trouble. Which is a strange thing to say seeing as how they are 8-10 in the AT and we are 6-10 in the AT, doesn't seem like that much of a gap to me. But what do I know? I'm just a low-sec player. What did Mittens say, "a bunch of idiots of no consequence"? I'll take that and own it.

Whatever happens no one can take these two wins away and for now that is good enough for me. Next Sunday's match will take care of itself soon enough. Until then I'm going to enjoy this feeling as long as I can.

Keep the courage and Stay Frosty.