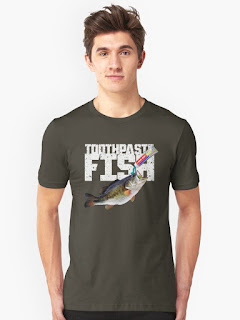 Launched in December 2016, the Rixx Javix Store was intended as an experiment and an example. An experiment to see firsthand what the demand might be for a store offering items "almost" Eve related. I call them Almost Eve Related because I obviously can't use any Eve IP on them. So I'm stuck hovering around the edges, picking up common community sayings, plastering Alliance logos on things, and generally trying to be as creative as possible without tipping over into being sued land. It was also intended as an example to certain people at CCP of how well a player-run store front could be run. Y'know, if the guy running it knew what he was doing and also happened to be extremely creative. And didn't use slave labor. Unless they have slaves in Canada, which is where the items are made.

The other intention, which I mentioned above, was to give Alliance's in Eve a place to sell gear to their members. A few years back CCP finally gave Alliance's the right to make products with their logos on them. So this seemed like a service that a bunch of Alliances would be interested in having. Not everyone wants to go to the trouble of not only running a store, but also creating all the material for one. After nine months I'd say this part of the experiment is still open to debate. A Band Apart, Mercenary Coalition, FCON, BOSS, and Bastion have taken advantage of the idea. And I've sold a lot of gear to players in those groups. Bastion being the most active of the bunch. We also sell Crossing Zebras gear, which has sold exactly ONE item in nine months. (The Eve-NT version of this idea was taken down by CCP.)

Right now some of you are thinking this is yet another example of Rixx trying to make money from the Eve community. As always, you are wrong. What you don't know is that the commission is set at the lowest possible percentage on all items being sold, and zero on most of the Alliance gear being offered. (With a few exceptions due to the artwork on those items, with those also set at the lowest possible percentage that isn't zero.) I knew from the beginning that I wouldn't be selling a lot of items and I certainly wasn't expecting to make bank on this idea. I'm not an idiot. It does make a nice bit of pocket change each month, I'm not going to lie. But more in the area of a nice dinner out with the family, rather than the monthly payment on a car.

Believe it or not the satisfaction for me is seeing all the shirts and stickers and other items that players send me pictures of. During the AT a lot of our pilots in ABA would put on their shirts to play our matches, or to support our team. That is the kind of payment I was looking for when I started the store. It's a lot of fun and I enjoy it. It also helps knowing that it probably irks certain people to no end. lol.

I think you will be surprised at how well the store is doing, I know I am. We've been told over and over again that the community won't support Eve merchandise. That the numbers are not there. And, admittedly I'm not selling Eve IP, but even so the Rixx Store has sold 1,245 items in nine months. That average out to about 138 a month, or almost 5 a day. On average of course. For example, three shirts were sold today. That also includes items like stickers, which are a big seller. And other items like phone cases, etc.

I wonder how many items the actual Eve Store has sold in the past nine months?

Oh, and as a side note, in nine months we've had zero returns.