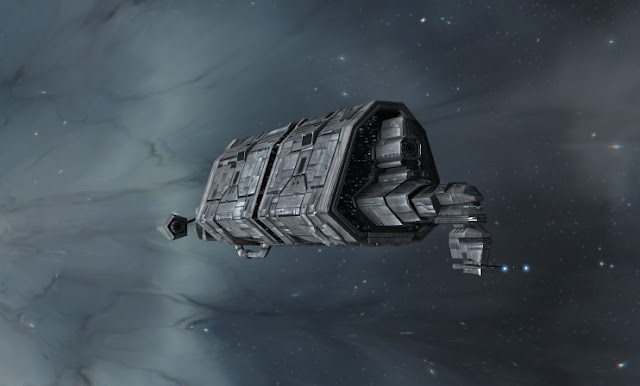 Get ready for a lot of these decade posts as we travel into the New Year of 2020! This is a big deal for me personally as in a month this blog will have been running along non-stop for ten years. So in the lead up to that anniversary I'll be looking back at the history, the highs and lows, and more in the weeks ahead. But today I wanted to just take a quick snapshot and see what happened on this day exactly ten years ago - before Eveoganda even started. December 20, 2009.

Just to set this up, by Dec 20th 2009 I had already been playing Eve for over a year. Fifteen months or so into the game already. Most of that time had been spent in Providence, fighting several wars, learning PvP, learning to FC large fleets from Progodlegend and others, and generally trying to find my way in this crazy, mixed-up universe of ours. At this moment I was in a corporation called Dissonance in an Alliance called Undivided based in Insomother. Dissonance was a great group of people and in another year we would move to Syndicate and form an Alliance called Black-Mark and I would be exposed to the Pirate lifestyle and start my transition into the Pirate Lord of Low Sec - but that was still a year away. For now I was a dedicated Null Sec soldier.

Nothing exciting happened on this day ten years ago. In fact I got one kill. I killed a Badger with a Manticore.

Of course there is a story there. Not about this specific kill, although I do still remember it believe it or not. But about what I was doing at the time. As always when I was in Null Sec, I would get bored pretty quickly. I wasn't a miner, or a mission runner, I enjoyed PvP and wanted to always be doing something. Sometimes that meant making stuff up on the spot. And sometimes that meant getting into trouble, starting wars, or much worse. In this case it meant inventing a whole new way of using a Manticore.

What I did was scout all of the surrounding regions and figure out the trade lanes, the busy gates and stations, and how goods were being moved. Etherium Reach was a good place to do this as several Alliances at the time were moving in and moving out due to recent wars. Once I gathered intel on those areas I started trying to figure out how to kill ships solo with just my Manti. In some case, like in that Badger kill, I would have company along. But most of the time it was just me hanging out cloaked somewhere and waiting. And waiting some more. And pretty much waiting.

I initially tried doing this on stations. I would create a spot right above the undock and cloak up there and wait for someone to undock in something big and transport like. My trials with combat ships hadn't gone well, in fact nothing about this was going well. So I decided to move to Gates instead. And this is where I scored the Badger kill.

How this worked was simple, I would warp to a Gate at zero and then burn straight up until I could cloak. Then I would wait. And watch combat ships jump thru and hope I wasn't de-cloaked. Always stay aligned. And then hopefully something like that Badger would jump thru and I'd de-cloak and point and kill it. Pretty simple.

The thing about it wasn't the kill itself, it was all the planning, intel gathering, bookmark making, avoidance, stealth - everything that went into making a kill like that even possible. This was the kind of thing I'd do to learn Eve. Learn by doing. Making things up to keep me interested. Keep challenging myself. Pushing the limits. From a specific standpoint that kill was dumb, meant nothing, and was pretty much a gank. But from a wider perspective it represents a lot more than that. It is learning skills that can't be taught from reading a blog post or watching a video - but that have to be earned the old fashioned way - by doing it. And failing. And trying again and again until you get it right.

Believe me I lost more Manticores than I was able to kill with them. But that wasn't the point back then. Heck, it still isn't the point. Get out there and learn stuff. Make your own experiences. Try new things. Undock and write your own story.

Play the game, don't let it play you.