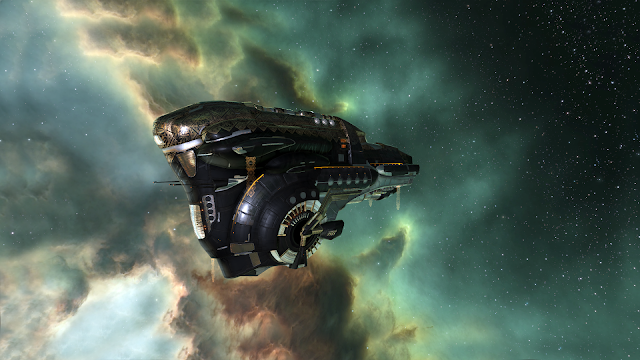 Yesterday I saw a one day old player in a Sunesis. The day before that I killed a very young player flying a Dominix. In Low Sec. I could go on. The crazy doesn't end there. And I'm sure if you are reading this post you could probably share some crazy ships that extremely young players have been seen flying in space. As Eve continues to bring in more players and then give those young players access to more skill points - the insanity will continue.

I won't mention any names here. But these young players get real salty when you explode their ships. That Dominix player and I exchanged a lot of emails. I tried to patiently explain what was wrong with a young player not only flying a Battleship, but doing so in Low Sec. And then getting upset when the worst happens. Because the worst is going to happen. It's going to happen because you shouldn't be doing that. Ever. Especially alone.

One of the best things that ever happened to me in my early days was getting into a Corporation full of experienced players that cared. And taught, shared, and explained. And I realize this is not everyone's experience. In fact, as I learned later on, that Domi pilot is part of a HS based scam Alliance that pulls new players in from Rookie Chat using bot email accounts to take advantage of them. (What a world huh?) But back then there was a definite progression from one ship to another. I was taught to fully train one ship at a time and only fly what you were trained in. This meant years of hard work, dedication, and waiting to get into bigger and better ships. Of course, I'm no Saint. I didn't always strictly follow those guidelines all the time. And whenever I didn't, I paid for it. In blood.

I was almost a year old when I lost my first Battleship. Sadly zKill doesn't have the fits for those old kill mails, but I bet it wasn't great. I can see that I was using T1 drones. Which makes my skin crawl now.

I was talking about this yesterday with my Son on comms and he has a very interesting theory. Our generation of gamers came up playing extremely challenging games. The concept of delayed satisfaction at the end of a grind was nothing new. Not only that aspect, but throw in technology challenges, lower-end graphics, and more. We put up with a lot back in the day. (And I'm really trying to avoid the old/new generation thing here, but bear with me) But today's gamers are not the same, in that the games they've grown up on are not the same. Games now work really well and they are aimed primarily at instant gratification, or at least a different way of approaching that idea. The grind is gone. Fortnight, Destiny, hell pick any popular battleground game and once you get the hang of it, you're in. Not to mention mobile games.

How does Eve wrestle with this going forward? Young players don't want to put a year into training to fly a Battleship, under the impression that doing so will be some sort of "win" button for them. But it isn't. "Win" buttons don't exist in Eve. As I explained to that Domi pilot, one large neut and my day would have been a lot different. In fact, that Domi MJD away from my tackle. But because they were inexperienced they failed to run away before I burned out and tackled them once again! That's right, a simple warp and all that salt could have been avoided.

I spend a serious amount of time in-game talking, teaching, and offering advice to young players. But that is not my job. My job is blowing things up. And running a Corp/Alliance. While I certainly don't mind doing it, I'd rather be doing it for my own pilots.

I think this challenge is critical to the future success of Eve Online. That Domi pilot is probably going to quit playing. I suspect many of the young, frustrated, annoyed, and exploited young players making it into our game are doing the same. We can throw all the skill points, skins, and whatnot we want at them - but that ignores the core issue - one of experience. By the time I worked my way into a fully T2 fitted Battleship I had also done a lot of other things. I had become truly experienced in combat tactics, strategy, stealth bombing, hero tackle, fleet composition, fleet command, null politics, and much, much more. It wasn't just a question of flying a certain kind of ship. It was a question of being experienced enough to know how.

Fixing this might end up making Eve a slightly different experience. And that is often something that more seasoned players like myself tend to react negatively too. But I think that Eve has to evolve in order to meet the challenges of time. The gaming world is not the same as it was in 2008 when I started playing, much less way back in 2003 when Eve started bringing in new players for the first time.