What Started It All

on January 29, 2010
The very first art related piece that I did based on the Eve universe was a small piece that I simply emailed around to my Corp mates, this was well over a year ago.  This simple piece of 'propaganda' art was based on a conversation we had during a long Corp mining operation.  The concept of "reds" was still new to me at the time, heck it wasn't long before that I thought the NPCs in the belts were reds, and it struck me that no matter who you are someone sees you as being red.  An enemy. 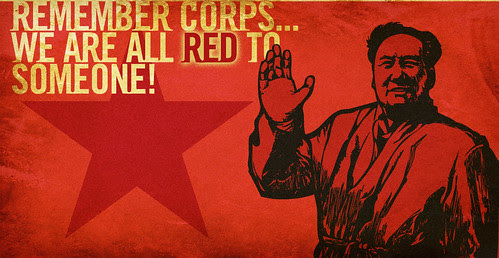