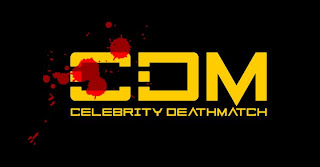 In simple terms I suppose one could say it was The Pirate vs. The Soldier.  One a predator of the low-sec systems and one a predator of zero space.  That might be the simple way to look at last night's battle between myself and Nashh Kadavr, but the real story is much more than that.

Before you wonder much longer, yes, The Soldier was victorious.  But as Nashh often mentions in his own write-ups after these fights, the story is often more important than the result.  Having said that, I was happy to win the battle.  I'd be an idiot not to admit that.  For me, the CDM match marked the end of nearly three months of frustrating moves, Corp changes, Alliance death and turmoil.  And a return to what I enjoy most about Eve, pewpew.  I've already killed another five since the fight with Nashh and hope to get back to what I love more than anything.

I've already written much about the preparation leading up to the fight, but one important aspect I purposely left out - perhaps the most important - was the choice of which ship to fly.  I knew Nashh would be reading and I certainly didn't want to give him any warning, the trickiest past of this contest is deciding which ship to bring.  And which ship the other guy is going to bring.  This decision weighed heavily in the days leading up to the fight.

I listened to everyone's comments, even asked around the Corp, and they were all good ideas.  I considered a dual or even triple repped Myrm, a Shield buffer Blaster Brutix, even a HAM Ferox and others.  Eventually however, I made the wise decision to play to my strength and fly a Drake.  I had promised myself however that I would fly something into this fight that I hadn't had the chance to fly into a fight before.  It seems that every time I fit up a HAM Drake we end up moving and I have to sell it, so I've never really had the chance to fly it into combat before.  So it fit the bill.  It also happens to be a damn good all-around shredder and could handle just about anything he might bring.  Even though I worried about a Harbinger, I believed that if I could survive long enough to get close, I might even be able to bring that down.  After a fight starts, it all comes down to each pilot's skill, skills and tactics.

So I planned out what I would do depending on each of the possible ships I might face.  I have to give a special mention to Angor Mau as his advice was very helpful in my prep work.  So a special thanks to him.

In the end both Nashh and I made a few opening mistakes.  For some reason my Warrior IIs wouldn't attack what I was telling them to attack, and Nashh apparently forgot to shoot me for a few seconds.  I caught some breaks I didn't know about until it was over and it turns out I made the exact right choices when it came to the ship and the fits.  With a 100+ehp tank, Nashh believed he could survive long enough to break my tank.  The problem was I was running 7x T2 HAMS putting out 1,400 a volley every 3.2 seconds!  Talk about a shredder.  And that's with a respectable 74+ ehp and high resists, my recharge rate was almost as high as the dps he was hitting me with.  He still managed to take my shields down but I never reached the 20% mark where I was planning on starting to overheat the Invuls.

Either way it was close.  And no matter the ultimate outcome, I had a blast.  It never happens during the course of playing Eve that you get the chance to plan out an attack on one pilot.  This was a unique experience and a lot of FUN.  Which is why I play Eve in the first place.  So many, many thanks to my new friend for asking me to participate.  Even though you are a scum-sucking Pirate, you are also a heck of a nice guy.  And anytime you want a rematch, just let me know.

We both captured video of the epic battle and I hope to have it posted shortly.  So keep your eyes open for that.

For those that might be interested, here is the fit for DIE NASHH DIE!:
High
7x Heavy Assault Missile Launcher II
1x Small Nosferatu II


If you can get close, it is a shredder.  And now my first EVE video: