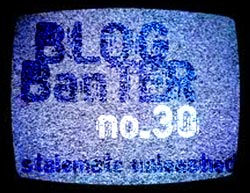 "With the Winter expansion possibly being named 'Crucible', it certainly is a melting pot of refinements and tweaks aimed at making the EVE experience smoother and more wholesome. If the developers suddenly found themselves some spare resources and approached you for an additional feature to include before release, what single concept would you pitch them and how would you implement it?


For bonus points, the one thing lacking from this "patchwork" of iterations is a cohesive storyline to package "The Crucible" together. How could this expansion be marketed to potential new customers?"

The news from Empire was not good. The buzz was everywhere in station, the Cantina, the Lounge, the Corporate Work-rooms, even the mechanics were buzzing about it. Rixx arrived back in quarters after his morning routine and switched on the news, flipping thru the various Empirical propaganda machines until a cohesive picture finally emerged. And there he was, the bastard leader of CONCORD, running his pie hole in the comfort of the Amarrian home worlds. The stalemate is over.

For years the Empires were content to play the "game", to bump heads over border territories, to rely on militia forces to push and pull. But the rumors lately, well, it seemed a new generation of middle-managers had become the next generation of higher level executives unwilling to continue playing the same old-same old.  And while it had started with the Amarrians, as it so often did, the other Empires were forced to match their moves step by step. Escalation meets escalation and new lines are drawn.

Rixx laughed as he dried his hair. He knew what it all meant... bullshit. But his eyebrow raised when he heard about the new ships of the line. New ships?  And that wasn't all, the wiener from CONCORD was talking about system wide changes to basic configurations.  Rixx buzzed his wife and opened the Corp channel, just to make sure the rest of the Tuskers were watching.  Of course they were, he expected half the known... and changes to Super Capital production runs?  Ok then, maybe the entire universe was watching.

In the Corp Lounge later that morning the general consensus was extremely positive. The system wide changes would take some getting used to, but generally it meant little to the pirates. The introduction of a new ship class stirred the pot in just the right ways and new specs on existing ships meant more power in their hands. More options, more loot, more beer. Everyone wondered when CONCORD would stop paying out on ships that they destroyed, the whole idea being ludicrous to common sense anyway, so those Empire changes meant little if anything. Empire incursions were mostly for fun and extra bling.

So why was the mood somewhat... what exactly? Grumpy? Was that it? It was hard to pinpoint, but the news that started the morning as 'not good' wasn't getting that much better. Because it didn't make any sense, why now?  The status quo, while certainly stupid and meaningless, had served everyone for years. The Empire coffers were full, Null Sec was thriving - if anything it was thriving... so that was it then?  This wasn't about centuries old Amarr Gal Cal Minnie bullshit, this was about the border lands. This was a thinly disguised attempt to neuter any possible menace from the hinterlands.  They just cut the balls off that horse of the apocalypse so the fat-cats in Jita could sleep easier.

Now it started to make sense. But where was the expected counter?  The tightening of Empire nut crackers and null sec boundaries only had one effective counter... the rogues. The shackles need to come off the pit bull. Rixx scrolled through the incoming transmissions but he didn't see anything about Criminal markers, from CONCORD or the Empire.  Didn't those fools realize that it would be pirate incursions into Null and the borderlands that would keep the frontier Alliances in check?  The Militia wouldn't be enough.  Not nearly.

But not a word. You can't cut off the hand that feeds you and expect them to take it lying down, not without an answer. Not without a Big Fucking Hammer. Especially when that hammer is locked away inside your tool box.

Russell, his contact in the Hevirce station buzzed in his ear. The first Tornado had just been delivered. Time to go check out this new ship and raise some Hell.  If CONCORD and the Empires won't help, then goddamn it we'll just help ourselves!