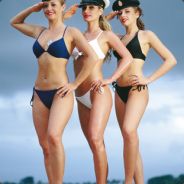 Yesterday I spent some time sneaking around Black Rise to ( CENSORED ) and help ( CENSORED ) out by locating a dozen or more ( CENSORED ). Hadn't had a chance to do that for awhile and it was a fun couple of hours in the trusty, but people run away from me, Pilgrim. Although I did just narrowly miss a Apoc that was actually ratting in a belt. I know, I almost didn't believe it either.

I probably went thru about 30 or more systems and in about 12 of them someone said howdy to me in local.

This has been going on now for over three years and I am of two minds about it. Most importantly I think it's awesome and I appreciate everyone that sees me in local and says hello. I really do. The other side of it is that often I don't read local and only notice after a few jumps and then I feel guilty about not answering. More times than not I'll shoot off a quick eve mail in reply.

To people that do not know me this might sound a tad pretentious. It makes sense when you think about it. Most of the people that say howdy are either, 1- Readers of the blog, or 2 - People I've flown with before. This makes them all part of the community, part of the expanded list of virtual friends that Eve is made of. Even if I have no idea who they are, they are an important part of that community. To me anyway.

So please feel free to say howdy if you see me in local. Just know that I may not be able to respond. I may be scouting enemy positions, or have been playing at being AFK for the past hour and responding might just reveal that I am indeed alive and active. Mostly though it isn't a problem in low sec like it used to be in zero space. I've had my cover blown several times in zero. It isn't so much that I'm active, it is mostly that other people tend to primary the pretentious blogger when they can. lol.

Like I said, if you know me you know I play for fun. I also write this blog for fun. I have enough serious crap in my life already, I don't need Eve to become another one.

So say Hi when you see me in local. Just know that I may be hunting you. Nothing personal.