Why You Should Care About the Vagabond 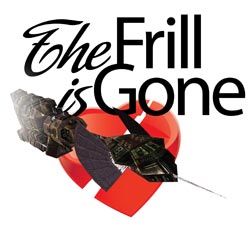 Please take a moment to visit the Eve Forum post and register your vote to bring back the original, un-circumcised Vagabond!

Many have wondered why I have taken up the cause of the Frill/Ruff/Ears of the Vagabond this week. It is a valid question and one worthy of a thoughtful response. When the new Vaga was revealed this week in-game my initial reaction was more along the lines of "huh, that's odd". As we've gotten somewhat used to random changes to our beloved ships over the years.

The loss of the asymmetrical Scorpion, the Comet's police light, the antenna on the Curse, the spiny bits here and the dangly bits there... change has become so normal that it didn't bother me at first. There was so much good to look at.

But then it started to sink in. The ship I once feared and now flew with aggressive intent of my own, the proud distinguished silhouette of a killer amongst the space lanes was changed forever. Believe me, this wasn't just about the Vagabond. This was about all of the meaningless changes over the years, the accumulation of small chips and dings and pecks at the walls of our Eve foundation. Oh yes, some changes have been good, some have been awesome, but these, these small erosions of tradition, of heritage, of common-sense science-fiction lore... When will it stop?!

And so it has to be the Frill/Ruff/Ears of the hated Vagabond. This is the LINE IN THE SAND. Nope. Bring it back now, you went too far. We will not stand for it. I have to say, that as silly, ridiculous, ludicrous, and down-right meaningless as it might very well be, this has to end now. Eve is as much us as it is you, and you can't just willy-nilly decide to strip a proud ship of its distinguished heritage just because you want to.

And don't think for one minute that this ends with the Vagabond. The next time they might hack something away from a ship you care about. This is an example, a lesson that CCP needs to learn. This is important because it is small and relatively insignificant. In the grand scheme it means nothing, it impacts my play in no way at all, no one is going to rage quit or shoot monuments in Jita over the damn Frill/Ruff/Ears of the Vaga. But that is exactly why it is important. And why you should care.

If someone would come out and tell me that the Frill/Ruff/Ears had to go to save Eve, that their mere existence was a threat and caused serious lag issues, or sockets to close, or whatever, then that my friend would be a different story. They had to change the Drake to make the missile launchers work, I get that. Those are changes we all understand. We had to color the Minnie ships this way to distinguish them from their T2 variants, this I can understand. And Eve is full of such changes, progress is being made, textures are being updated, models are getting V3'd, we get it. And mostly, this has been going pretty well. But the Frill/Ruff/Ears of the Vagabond?!? C'mon.

I want to see them back on the ship. I want CCP to know, deep down in their bones, that we players care about the little things AND the big things. That we love our game with a passion that might be a tad misplaced and irrational, but that is very real. I want them to know we are watching and that even something as stupid as Frill/Ruff/Ears means something to us.

That is an excellent lesson to learn. And one worth getting a little bent out of shape over.

So maybe next time the designer's fingers hover over a delete button, they'll think twice about wacking a wingy bit here, or a rotating bit there.

Go to the forum link above and let them know. They are watching.

BRING BACK THE FRILL!