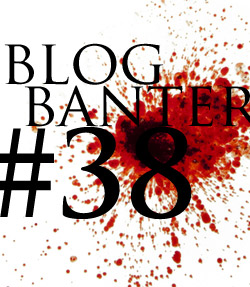 Welcome to the 38th edition of the EVE Blog Banter, a community discussion that delves broader and deeper into the topics of the moment in all matters EVE Online. This month's community meat upon which we dine is inspired by an obscure and inactive blogger you've probably never heard of. ;)

"In his recent "That's just the way it is" post on Jester's Trek, blogger Ripard Teg posits that the established EVE player-base has come to accept many of EVE's design idiosyncrasies, rarely questioning their purpose or benefit. Conversely, he also suggests that new players might not be so forgiving of these "quirks". In an interview with Gamasutra, Senior Producer CCP Unifex describes EVE Online's developers as "relatively hands-off janitors of the virtual world", underlining that he has only four content developers but "a lot" of programmers and engineers.


Has a culture developed where CCP has started to take player effort for granted - expecting the "social engine" to fulfil tasks that might otherwise be CCP's responsibility? Or should this culture be embraced as part of "emergent gameplay" with these quirks accepted as the catalyst for interaction?"

Imagine a large white room. The room is borderline cavernous, echoes resound at every footfall and whisper. Along one long wall is a huge strung canvas, blank, staring and empty. Along the bottom is a paint brush and four cans of paint, red, green, blue and black.

Many people would run screaming from such a room. The challenge of creating something from nothing proving more than they can handle. Where is the path? What are my choices? Who will lead me?  They fail to see that they are not alone. Someone created the room. Someone planted the brush, built the canvas and provided the paint. This isn't a gallery of masterpieces already accomplished, to be admired and wondered over. This is creation. This is a blank canvas on which you are the sole creator.

The room is a tad chilly. Once you've settled in, you start to notice more and more things that start to bug you. The paint is peeling on one wall. There is no bucket of water to cleanse your brush. The sound of the AC can often drive you insane. The room isn't free of bugs, for often a spider will crawl along your arm at a critical moment. The room isn't perfect. But neither are you.

Eve has changed in the four years that I've been playing. For those of you younger to the game than that, believe me, you wouldn't recognize it. And it continues to change, evolve and morph, expand and grow. But, like the room, it isn't perfect. And it never will be. And like our room above, either you are down with that reality or you are not. Or, like me, you come to the place where you have made peace with that reality. A peace made of constant writing and complaining and protesting and more writing. Because we love the room, we want it to be perfect.

Eve annoys the Hell out of me. It is often needlessly complicated, dense and detailed. It can be horribly frustrating. I've spent thousands of words on suggestions for making it better over the past two years of this blog and I suspect more years ahead of me doing the same. It can be better. They could start by bringing back the goddamn Frill!

The point being - I don't accept the quirks of Eve. I pound my desk at them all the time. I rail against them here, on twitter and in-game. I find work-arounds. I learn to adapt and exploit and make the quirks work for me, or ignore them. Quirks? Duh.

But what I do not want, nor will I tolerate, is having my hand held. I play Eve the way I play Eve and bugger the rest of you. I do not want a Quest based game, or a shooter, or a puzzle, or any of a million other things that already exist. I want Eve. I love it quirky and buggy and flawed. But more than that, I love the blank canvas staring me in the face every time I log on. What will I do today? What ship will I fly? What skill will I train next? Where will I go and what will I do when I get there?

The canvas is the thing. Build me a room and I will play in it. The room is better now. It is a thousand percent better than it was in the olden days. And it looks like it is only going to keep getting better. How much better do we really need it to be?

That is the real question here. When will you be satisfied? And know this, and this is 100% true, once you are satisfied... Eve will be dead. You will quit playing and move on. And if not you personally, then thousands of others will. Satisfaction is the death knell for our canvas game. When you stand back from the painting, emit a sigh of relief and... step away.

Someone once said of art that it is never truly finished, only abandoned.

We are the painters.