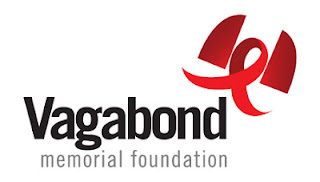 The Vagabond Memorial Foundation is pleased to announce the discovery of the mysteriously missing Solar Adaptive Navigation Panels (SANP) from the Minmatar Vagabond. Also colloquially known as "Frills" or "Wingy Bits" in various parts of New Eden, the SANP became a distinguishing and notorious feature of the dreaded ship since it was introduced to the space lanes.

The Frills appeared all across New Eden today as pilots inspected their Stabber Class ships in their docking bays. The Stabber, Vagabond and Stabber Fleet Issue hulls were all affected by the rapid change in design. With the SANP's appearing, albiet in modified form, on the Vagabond hulls. Almost as if by magic.

Members of the Vagabond Memorial Foundation were seen cheering the news as it traveled across the wire, impromptu champagne popping and spontaneous undocking parties seen as fans of the ship class were swept away by their emotions. Not everyone was so positive however, Randall Javix, the CEO and Chairman of the VMF expressed his concerns at the press conference in Hevrice, "While this is indeed a day of joy and celebration, we must ask ourselves some extremely disturbing questions - how exactly does an entire ship class simply change almost at once - all across New Eden? The ramifications of this are mind boggling!!" Most of the attendees were juiced on champagne at this point and ignored the speaker. But Mr. Javix went on, "It is almost as if we are being manipulated by some unseen forces!! Doesn't anyone else ever feel that way!?!!!" He was eventually removed by Station security and is recovering nicely.

But noted scientist Ignarr Whoabrain echoes some of the Chairman's concerns. "We must ask ourselves, where did ze Frill go? What did it do there while it was gone? And why haz it returned?"

Thukker Mix, as usual, remains silent on this issue. But in a recent promotional piece obtained by the VMF, Thukker Mix seems to be implying a Jovian connection to recent events.

Whatever the ultimate reason for their return the VMF is pleased to see the SANP proudly mounted on the side of the Vagabond once more. And we would like to also announce the dissolution of our entire organization effective immediately. We all have better things to be doing.