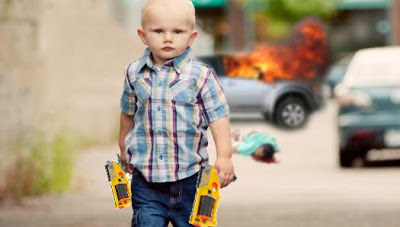 One of the biggest mistakes young players, or those just getting into PvP for the first time, make is a tendency to think highly of themselves. To cloak their own insecurities in a cloud of bluster, harsh language, witty comebacks and threats. I know this happens for two reasons.

Just yesterday I exploded a Atron in Hevrice and the pilot asked for a convo afterwards. It started out nice enough, How did you find me? ( You were at one of only three choices on that side of the system, it wasn't hard ) I tried to be nice and helpful, but the conversation continued to escalate. My bounty blinked and 10m isk was added. Then he asked me if my Condor could kill a Myrm. ( Which is always a funny question in Eve. Yes a Condor can kill a Myrm, if it is fit as badly as the Atron you were just flying!! ) But I didn't say that. I told him that in certain situations, yes a Condor could do it, but generally you wouldn't attack a Myrm in a Condor.

"Good, I'm going to bring a BC or BS back and kill you with it."

Fine. That would be great. But he had left chat by then of course. This is just one example of hundreds. And while the inclination is obvious, you suck and all you have are words. I suggest a different tactic.

Convo me. Get some advice. Say thanks and then come back in another ship and try to kill me with it. If you lose again you won't look like such a big idiot and if, by some chance, you actually do kill me... well then you'll have something real to talk about.

You might even get some respect. Instead of becoming the laughing stock of Corp Chat, Twitter and used as an example on an extremely popular and well-written blog.

Words in Eve are just as important as those missiles on your ship. Words are a weapon of great power. Learn to use them in your own favor. Words can be used, and have been, to bring down great Alliances, destroy careers, and cast a shadow over pilots and the choices they make. Words alone can do these things. Words are what the Meta of Eve is built upon.

Bluster? Arrogance? Not needed really. You are too easily tested in this game. I can see your killboard. I can see how long you've been playing, where you've been and who you associate with. Puffing yourself up in local, in chat, or anywhere else isn't going to help your cause. The only thing that does help is blowing up the other guy. When he is dead, exploded and his wreckage litters the vacuum, you've said all that needs to be said. The only important words are those spoken by your guns and delivered on the smoke of your missiles.

And then, watch out. You can now speak with both your words and your actions. And then you have become a force to be reckoned with. Then... you are ready to be terrible!

Think of it this way. The worse your enemies think you are, the more terrible you appear, the more they will under-estimate you. It is, when you finally come to this understanding, that Eve really starts to come alive. When all the aspects of the game merge into one long play, one long manipulation of reality. When you are your own meta. And you finally dictate the conversation, even when the other guy thinks he does.

There are threads running right now that started years ago. Invisible threads. And they were planted just for the fun of it.

The lesson is simple. Words are one of your weapons. Use them to your advantage, not to your detriment. They can help you just as much as training for T2 weapon systems.