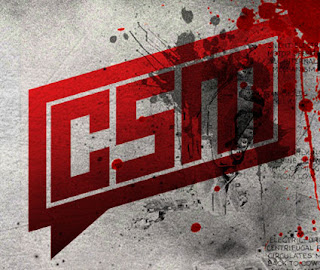 The final candidates are now posted for CSM8.

My own personal feelings regarding Eve's Student Council have evolved over the years, depending on the quality of representation we've received. The previous 7 versions have varied significantly from invisible to hard-working, to useless, and sometimes important. Even a few times, extremely vital.

When I look over the field of candidates I am struck by just how many of these people I know, have flown with, worked with, or other wise have interacted with over the years. I think this means I'm slowly turning into a Veteran, despite my reluctance. Time marches on.

And yes, to answer your question, I am not supporting anyone I do not know. My Pirate spirit calls to the underdogs, the challengers, those that represent the alternate voice, the non-power blocs, the disassociated. I will be supporting those that I know well and those that I believe deserve a chance to sit on the Eve Student Council... er, the Council of Steller Management. lol.

So, here they are.

I am giving my first vote to Roc. I started reading Roc's blog before I started my own, over five years now. And, in my opinion, no one deserves to be on the CSM more than he does. Roc IS Eve. More than I am, more than anyone else is frankly. And while his level of commitment is unusual and not my style at all, I can only respect it and appreciate it. He'll work hard for us, cause that's what he does.

I've also known Mike for a long time and have been a fan of his blog since the beginning. He is one of the few people to have raced in both DeathRaces!! There is not a more level-headed person running for CSM, so that alone gets my support. I also believe beyond a shadow of a doubt that Mike is not beholden to a narrow perspective. A key attribute in my humble opinion.

Although slightly disappointed to discover his real name is "Ross" and not something cooler, Ripard deserves to be on the Student Council for no other reason than the slight chance it slows his blogging output down slightly. Until he came along I had this "robo-blogger" thing tied down! Seriously though, Ripard is level headed and horribly egotistical, both attributes you want on the CSM. In a good way.

I think we need a WH Candidate on the CSM and I believe the best one is Nathan. The only reason I think that is he is the only one that asked me to help him. lol. Not really, but that's as good a reason as any.

And no it isn't because he sometimes picks up my posts for EN24 or anything like that. It is totally for entertainment purposes that I'd like to see him on the CSM. We need more drama from our elected officials and this is one choice destined to deliver! Plus, why not?


Those are my five. The rest either have massive power-blocs behind them or have no chance in Hell of being elected. Of the five above, most likely only one will have enough votes to make it onto the Council. But, as we've seen before, more spots often become available and those that step into them tend to be even better than the ones they replace. So voting is important.

If any of these candidates win I fully expect them to be my puppet on the council... do a great job!!

Don't feel bad if I didn't endorse you, I have zero influence on the outcome. Ask anyone.

Best of luck. And remember, you asked for this.