Anatomy of the Kill: Brutix

on May 08, 2013
This post references this kill. A Kestrel kills a rather horribly fit Brutix on a Low-Sec gate. 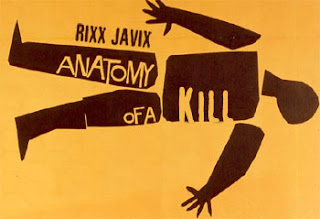 Let's not kid ourselves here, that Brutix deserved to explode. And I was in very little danger from dying to his ship - as it was fitted. But none of those things are known when the fight starts, or when I jumped thru the gate and saw him sitting there on the other side. In this new series we'll take a closer look at selected kills and how they happen, in order to learn how to take advantage of your fellow players and explode their ships.

Hindsight. It all makes sense when you look back at it. But at the moment I jumped thru the gate and saw a Brutix sitting there, I had no such luxury. I was in a pretty standard MSE Rocket Kestrel and I was facing a neutral BC of unknown ability with three other pilots in local on a busy pirate pipe.

Even a poorly fit BC is going to take a long time to kill in a Frigate and any number of things could jump thru or land on gate while doing so.

Here are the immediate options:
• He is a good pilot
• He is a terrible pilot
• He jumps
• Someone else arrives

Only one of those results in me killing him. If he's good he'll tear me to pieces with drones, web and blasters. If he just jumps away, or even warps frankly, then the ship is lost. If someone else arrives things get complicated very fast.

So, process of elimination time.

De-cloak, lock and set a high orbit. ( This is in case he is not a terrible pilot, stay out of Web and blaster range at first. ) The key is getting him to aggress me, he is neutral and I am not. He has to shoot first. Spam d-scan, keep one eye on local and keep the other eye on the gate.

He red boxes me and immediately I know I'm in business. How? Two things immediately become clear, no drones are released and he is shooting me with a Gauss gun!  I drop orbit and scram/web him down and start shooting. It turns out he is dual-tanked, but I started shooting him using Nova thinking he might be armor tanked, but quickly switch when it seems he is shield tanked.

It's important to point out that he could have escaped death at any moment up until this point. He could have just jumped away, or even warped off. But now his choices are limited - either fight to the bitter end, hope help arrives, or de-aggro and then jump away once the timer is up.

For my part I need to explode him before that happens. My job is to manage my heat and make sure I don't burn any mods out, I'm going to need them all. He is trying to get to the gate as he finally de-aggro's me. At this point it is balls to the wall, everything is hot! And he finally explodes just as my launchers burn to a crisp! That was literally my last volley!!

It isn't a glorious kill or even a good fight. But this is the grunt work a pirate has to do. Kills like this one, as rare as they can be, give me the latitude to pursue a more aggressive style of play. It isn't about padding the killboard as much as it is about engagement freedom.

And it is a tremendous amount of fun. This time the Eve Gods favored me, next time... probably not.

It all balances out.

advice Anatomy of the Kill PvP