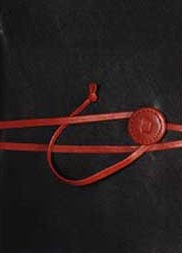 "Only two weeks since undocking from Todaki and already I'm breaking my pledge to go it alone. Angor was insistent however and you already know how he can get. I admit to a certain loneliness and the prospect of further rock banging doesn't sit well with me. We shall see how this goes, but so far the Corp seems friendly enough."

"My meager supplies and what ships I have already transported into Null Space. I looked out from my office in the Choonka station and wondered if the Merlin was sturdy enough for the trip ahead.  She is a fine ship of course, Frigate class and much better for the journey than the Cormorant.  Especially since I can't properly get that damn ship fitted anyway.  Cul says he'll be scouting me all the way down the "pipe" to PI-5, but still, the thought of leaving Empire for the first time..."

"I still get the shivers. Despite the training, the "modifications" and the endless conditioning, the first touch of the Hydrostatic fluid starts my lizard brain running in the wrong direction. Something horribly inhuman about being jammed into a cybernetic cortex, breathing fluid and seeing thru scanners. At least I haven't been podded yet. I checked on my Clone this morning, creepy goddamn thing..."

"I'm embarrassed by the size of my Merlin next to Cul's Rapier. Someday I'll fly the majestic ships, the tantalizing glimpses I've 'seen' thru the scanner and optical relays of city sized Battleships have left me wanting that more than anything. And I know there are bigger beasts where I am headed. The Academy was full of whispers about Titans and Capital Class ships of every description. The Holo-Vids don't do space justice, you have to BE in it to appreciate it. I squirm in my pod, that itch is back on the bottom of my feet. Driving me crazy. The Doc says it is subconscious planet-side ghosting, nerve tricks. Newbie problems."

"Already the Sansha lurk in the dark and we're only one jump into our 17 jump journey.  My Mother told us scary bedtime stories about the Sansha, morality plays to teach us good from evil. If only she were alive to see me dive straight into their home. But no, my attention is riveted on nothing, and yet everything. My 12 AU bubble of consciousness extends and waits for the all clear. There is much to fear here outside the arms of CONCORD.  I have no love for the Empire's police, but they do maintain control. And without control? Chaos. Which is where I am warping to now."

"The threats are numerous. Bubbles, cloaks, gate camps, reds, blues, Alliances, friends and foes and... who knows really. I've been told by everyone in the Corp that there is real isk to be made in Providence. Isk and adventure.  Which is all I want. To make my mark and... avoid complication.  We'll see how well that goes."

"Couple of close calls. But finally arrived safely in PI-5. The station is nothing at all like an Empire station, dirty, dingy and full of undesirable types. Some rough characters here, along with the Holy sheet covered ones. I could do without them, Amarrians give me the creeps."

"Spent the day ratting and hiding from the "reds" that often jump into system. I don't enjoy killing the Sansha, they seem, despite my youth, ill prepared even for my Frigate. I'd much rather be hunting those "reds" and those that live deeper into the unknown.  Already Angor, myself and a few others have started talking about combat. Soon I'll be ready for my first Battlecruiser, probably the dreaded Drake. Then, maybe then, I'll teach these "reds" a thing or two."