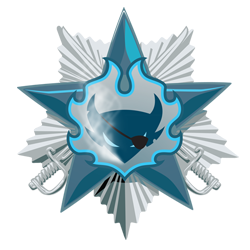 In less than two weeks more than 50 pilots have taken the jump and joined our new Corporation Stay Frosty. And more are on their way.


Our casual solo and small gang world isn't for everyone of course, but for those that stick it out it will be a lot of adventure, excitement and fun down the road.

One way I've found to encourage that sort of attitude is by giving everyone a title. A title I make up for them on the spur of the moment when they join. These titles change as they go along, but its a good way to engender the appropriate attitude I think. And not take ourselves too seriously.

Here are the 50 odd founding members of Stay Frosty and their silly titles, as of today.


Just so you know, we will be leaving OPEN Recruitment on permanently. I know a lot of people think I'm crazy for doing that, but what they don't realize is that I am crazy. Certifiable. looney.

More tomorrow. Welcome Aboard the crazy train everyone.