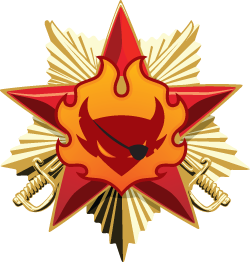 Right off the bat I'd like to extend sincere thanks to each and every one of the dozens and dozens of emails, tweets and eve-mails that I have received during the last two weeks. A rough estimate would be just about one hundred or so. General support, additional information, shared experiences with raising Aspergers-Autism Spectrum children and invitations to join your Pirate/Gank/Null/Merc/WH/Misc Corporation and/or Alliance.

Wow. Overwhelming would be a gross understatement.

I once had a rather awesome and successful Pirate Corporation called Lucifer's Hammer. We grew the Corp and even started an Alliance called Burn Away before real life reared its ugly head and everything fell apart. ( And yes, thanks to Lex, Cyber, Itsme, Ash, Marc and everyone else for helping make that happen. And sincere apologies for the way things went there at the end. I wasn't thinking clearly and my focus was not on Eve. )  But had real life ( which boiled down to spending an entire Summer suing the local School District for proper care and treatment for my boys, in addition to several extended Hospital stays and associated stress ) not de-railed the effort - who knows where we'd be today?

This is what I mean, I have some unfinished business.

So what does this mean?

I'll have all the details worked out for tomorrow's post. For now it means that I have a renewed fire in my belly and I want the opportunity to finish this business. I have no desire to build a new Pirate Alliance, I realize now that doing so is rather foolish. Pirates work best when they have more reds to shoot. And right now, 99.9999999% of Eve is red to me. In fact, everyone is at the moment.

Like I said, everything will be worked out by tomorrow.

PS: Not to mention the pile of unfinished commissions I need to deal with. Or the "special projects" I need to wrap up, like more minimalist ship posters and a few other treats. Sheesh.