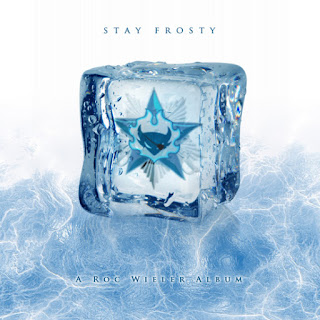 To say that Roc Weiler is unique is a bit of an understatement, on the level of saying sunsets are nice. I've been a fan of his since before I started blogging. It was Roc, CrazyKinux and a few others that initially inspired me to pursue my own efforts.

And now he is a proud member of Stay Frosty and I couldn't be happier to have him on board. Hopefully we'll have the chance to fly together sooner rather than later, schedules being what they are, especially during the Summer months - we just haven't had the chance yet.

This is a big change for Roc and he spent a lot of time soul-searching and belly-button gazing before making the decision to join, all of which is expressed in the musical power of this new album. We are all fortunate to be able to listen and travel along with his muse.