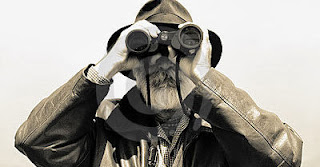 I'm sure that everyone that starts a new Corporation in Eve has big dreams about what might happen. Even if they won't allow themselves to think about it, or they have very specific plans, somewhere in the back of their head the thought has to linger - maybe this thing will grow?

I know when I fired up Stay Frosty over six months ago my plans were very specific. All I wanted was a simple, old-fashioned, solo and small gang home for people that wanted to have fun again in Eve. I honestly expected we'd get about 20 or 30 pilots and have a blast terrorizing people.

As if often the case however, I can't do anything half-assed and Stay Frosty has grown to number over 140 pilots and has become one of the most active Corporations in all of Low Sec. (Perhaps only surpassed in activity by Brave Newbies, and that is really an entirely different thing.) You would frankly be shocked at the sheer amount of activity going on in this Corporation and how well that original vision is actually working out. When people are logged in, they are doing things. It is an amazing thing to experience and I am extremely proud of all of our pilots.

Such activity comes at a cost however. Too many wolves tends to thin the herd. Throw that on top of our neighbor's insistence on using a half-dozen link alts at all times, and the amount of potential targets to feed the pack has started to seriously decline.

And while Stay Frosty pilots have always roamed far and wide (we have registered kills in every region of New Eden!) the Corporation itself has stubbornly remained planted in Verge Vendor. Last week we decided to officially change that and start something new.

We opened the first of two new planned BOs (Base of Operations) down in Minmatar FW space, the second will probably be sometime early next year down in Amarr FW space. This will give our pilots a BO in each of the three prime FW low sec regions and effectively spread us out, give everyone the chance to operate in new space, and keep things lively and interesting. It also gives us the potential to support a much larger and even more active player base.

This is our very own Manifest Destiny. I've told our pilots from day one that all of Low Sec belongs to us, to fly far and wide, and to challenge themselves to take it back by force. Which is just a fun way to say, get out there and shoot things!

All this does is create the infra-structure to support that level of activity. And make it easier for so many active pilots to find targets, join gangs, and generally make themselves a pain in the ass to the locals.

Hevrice remains our HQ and it will always be our home. But it is time for the Corporation to spread its wings.

These are exciting times in Stay Frosty. You really should come and play.

We have room now.