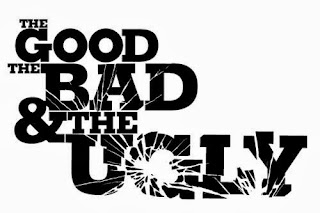 A never ending series of good fights, horrible losses and my continuing stupidity in the face of the world's most amazingly frustrating and rewarding game experience, Eve Online.

Here then are some of the highlights and lowlights from the past week or so.


The Good: Falcon Dies
So there is this Moa about and we quickly grab some ships to see if we can catch it. Nothing fancy mind you. We do grab it, when suddenly The Falcon de-cloaks next to us! Yeah I lost a Caracal, but both the Moa and the Falcon die. And that was worth it. I'll trade a ship for an ECM dishonor boat any day.


The Good: Decisions
Killing a Corax with a Tristan isn't the greatest thing since sliced bread, but as is often the case, it is the story that makes the story. I had just lost a really bad fight and jumped into the Tristan when I spotted this Corax. The system was loaded with nasty things, so obviously there were some gangs about. I never hesitate, but I did this time because it sure looked like a bait situation, no one else was bothering the Corax. Finally I decided to go for it anyway and sometimes that works out.


The Bad: 600m Pod
One thing I have learned over the past six months is that my former corp mates are more than willing to stoop ever lower and lower in order to kill me. On their kill-board they proudly predicted an angry blog post about this loss, which sadly means they haven't learned a damn thing about me during the last six months. I'm not angry about this, I don't actually get mad, but this was totally my own fault for not paying attention. They have to live with their own actions.


The Ugly: Linked Cormmies
Who knew that even the vaunted Vengeance is no match for five Tengu linked Cormorants? Ok, I did. But this fight didn't start out with five and the Tengu only appeared on scan at the last minute. They got my pod too, they must be so proud.


The Good: A Coercer
I have never really flown the Coercer much, so I decided to fit two of them up and go see what it could do. It is a fun ship to fly and puts out some impressive deeps, but is extremely prone to dying. But I did manage to get some good kills with it.


The Ugly: Moar ECM
I'm a system over when my Corp mate tells me he is going for a Harpy in a plex. Suddenly he is jammed by the suddenly appearing Griffin. Big surprise huh? I haul ass next door and save him by taking the Griffin down quickly. The ugly part of this story is that this happened again later that same day with a different group and this time they brought a Falcon. He got away again, but when I brought out my Rook, they ran away.


The Bad: Fish with Teeth
Sometimes when a fish runs from you it isn't because he doesn't have teeth, so going back to get the dual scram Atron is not a good idea. This happens so rarely that it isn't worth considering, but it does happen. So be warned.


The Good: And Equal
And then sometimes everything works out perfectly and you find the perfect ship to fight in the ship you actually happen to be in and you have a really good fight on your hands. Thank god this still happens from time to time.


Those are just some of the more memorable fights from the past week or so. What will happen next? Stay tuned.