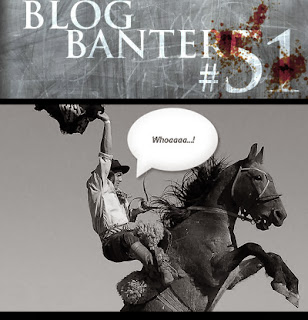 EVE Online can be a game of heart-pounding, palm-sweating, adrenaline-fuelled ecstasy or agony. Sometimes over the years those reactions dim and what was once a panic inducing situation becomes commonplace routine. For some, the shakes never go away.

From Druur Monakh (Twitter: @DruurMonakh) we get the topic of this banter: what was your most nail-biting experience in EVE Online so far? It could be PvP in a 1v1 or 1000v1000, your first fight or your latest one, a scam so close to being uncovered too soon, a trap almost sprung on an unsuspecting victim or the roles reversed and you desperately try to escape.


My entire existence in Eve has been living on the edge, creating adrenaline fuel for my crazy desire to play Eve, have fun, and push my own limits to the cliff - and then jump. I have never been bored in the last five years, not once. Because when I start to get bored I go and do something about it. Attack a gate camp in a Solo Bomber? Why not? Fly to the edge of space in a Condor? Sure. Warp into a far superior ship with a far inferior ship? Every day. Take on 10 ships in my one ship? Of course. Don't think twice. Incite the top ranked PvP Corp in Eve to declare war on your fledgling pirate corporation? Uh huh. Fly your entire personal fleet from one Null Sec location to another one half-way across the Universe? Did it. Did it a half-dozen times. You name crazy and most likely I've done it. Probably more than once.

So picking one out of that list is a tough call. I still get the "shakes", I still feel the rush. Not at the same level every time, because not all fights, not all experiences are created the same. But yesterday when I flew my Raptor out to tackle this Tornado on the gate? Yeah, the butterflies were present. The heart was pounding.

Plus I've chronicled just about everything on this blog at one point or another. The time I was solo flying a Gila thru Null Space and got hot-dropped by three Carriers. The wars, the battles, the meta, the scams, the breaks, the wins and the losses. I'm pretty much an open book. But there are tales yet to be told.

Or maybe not. Every time I think of one and then search for it, I've already written about it. And ranking things is not really my cup of tea, how do you relate the difference between fighting 17 Carriers alongside PL, to watching your Newb Merc Corporation fall apart around you?  I don't think you can.

I feel the pressure to name something, some encounter, some experience that stands above the rest. As a writer I want to answer that question honestly. I could take the easy way out and simply say, from the time I logged on until today has been the most nail-bitting experience for me. Cop out. Despite its truth it feels like the easy way out. True, but ultimately unsatisfying. And I don't enjoy leaving my readers hanging like that.

I came into Eve with no knowledge of this game. I hadn't read a single line about it. I knew nothing, zero, zilch about what I was getting myself into. And, to be honest, no other experience is the same, or ever will be the same, as that first day. Despite all that I have accomplished, the unknown terror of undocking into the dark of space has to be the most nail-bitting experience I've yet known. I will tell you now, I didn't participate in the Tutorials. Oh sure, I ran thru a few of the early ones, but I quickly gave up on them. I like learning by doing.

The thing is, Eve ain't like that. And red, yellow, blinking, flashing, dots in inky blackness is a tad confusing. But you get used to it and eventually you start to realize that maybe the Tutorials might not be so bad after all. And then it happens, the universe is big and you can't stay in Todaki all day. I aimed my ship at the nearest Star Gate and started driving over to it. And waited. And waited. I started to do the math in my head and it seemed like it would take several days to fly that distance. There had to be a better way!

Ok then, warp drive discovered. Whew. And now the gate loomed above me. The next system over was Low Security Space. The tutorial warned me about this, bad people lived over there and they would most likely kill me. And once over there, would I be able to find my way back? Gulp.

I never did find my way back.