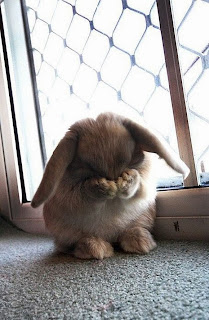 Last night, as I was finishing up recording an episode of Cap Stable (available soon!), I fired off an impromptu rant regarding the current state of risk-adverse runners and cloakers posing as Eve players.

I've been playing Eve for over five years now and I can tell you story after story after story about my own adventures, failures, derps and escapades. What none of those stories will feature is "nothing". I don't have one story or memory about hours of doing nothing in Eve. Oh sure, I've done more than my fair share of nothing, but I don't remember any of it. Its gone. Poof. Forgotten. Cause it is boring, dull and forgettable. We all have tasks we need to accomplish, even die-hard gentlemen pirates, but boring is death.

The other day Mister Marram of the Tuskers entered a system only to discover a Titan on scan. He took a huge risk in finding it, bookmarking it and waiting while forces formed to bring it down. The result was a dead Avatar.

We don't all have to bring down a Titan to make memories. But I will ask you this. What are YOU doing that is worth the time you are doing it? Your time is extremely valuable, all of us only have so much of it to spend - are you spending yours properly? This has nothing to do with your chosen play-style, play the game any way you want. But spend your time taking risks, pushing the envelope, exploring the edges, pushing those boundaries, breaking new ground, delivering the goods, building better than anything has been built before, standing up to injustice, seeking revenge... whatever it is that drives you. Do it like you own it.

There is NO risk in Eve. You will be perfectly fine. Go out there and FAIL HARD. Don't be afraid to suck ass, to be hot-dropped, to get ganked, to be spied upon, AWOX'd, murdered, stolen, forced to dock, killed on gate, derped, or otherwise tossed and turned. For therein lies the tale. And, quite possibly, the greatest tale of success you will ever tell. After all, you might just win.

Luke didn't listen to Uncle Owen and become a moisture farmer! Indiana Jones wasn't content to simply teach classes and work on his tenure! Adventures begin by taking risks, by stepping into the unknown. And, lucky us, Eve isn't even real. It is a gosh darn pixel based choose-our-own-adventure game!! Woot!

Then again, if you do tackle a Carrier with your Devoter, I recommend having the proper amount of back-up in place. You might even want to check the pilot's name and corp before doing something truly stoopid. Just sayin'.

Thing is, that is a story I'll remember for as long as I play Eve.