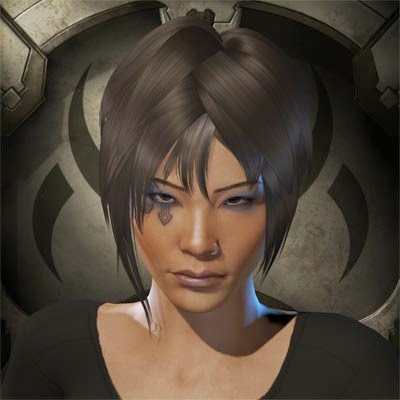 This post features Kazume Nakuo, a pilot in Stay Frosty for a little over a month now.


Hello, my name is Kazume and I'm a slice-aholic :D

I started playing EVE back in 2009. Not even sure anymore how I found out about the game, but I liked the whole concept of having everything (combat, economics, industry) all in one game, in one universe even. I joined a corporation called Ascendant Strategies after seeing their ad on the EVE login & welcome screen. They were living in low sec Ziriert, had a lot of veterans and a super nice atmosphere in corp, but it was all just a little too much for this complete noob. I was ship spinning a lot and the few times I went out in space, I either had the feeling I didn't contribute at all or I died horribly, so I lost interest in the game after just a few months.

About 3 years later, EVE landed on my computer again. I had been reading on different forums and a lot of people seemed to agree that the right choice of corporation is one of THE crucial things in EVE to be able to enjoy the game (this turned out to be so true for me - I really need the right people around me to enjoy a game). Also, everyone pretty much seemed to agree that for a newbie looking for PvP, either Faction Warfare or Red vs Blue was/is the way to go. I picked RvB ... and this time, I was hooked! The year with RvB was great! I got to meet a lot of like-minded people (I've got perma-convo's open with some of them even today) and learned many PvP basics, the most important one being "get out there and explode!".

Now flying in fleets, there was this pilot that grabbed my attention rather soon. Cervantes Marovinjun, zooming around the enemy fleet in his slicer, picking off everyone that strayed off too far. I instantly knew: this is what I wanted to learn! 8) So I stopped joining the meat grinder and started going out solo. I started to chat with Cervantes and it turned out he wasn't only the best slicer pilot in RvB but an awesome guy too! We had great times in RvB's FFA frigate solo system Nomaa and it's safe to say, I pretty much learned everything I know about solo-PvP in EVE flying with or against Cervantes :)

After Nomaa died, I left RvB for FW, which I enjoyed a lot, especially during the summer in a corporation called Pixel Navigators. The corporation moved from Minmatar to Gallente and it got rather slow activity-wise, so I moved on, joined RvB once more to discover it wasn't what I wanted anymore ...


• How did you first hear about SF

... and with Cervantes bragging about Stay Frosty all the time, I decided to join up and start a pirate career!

It's one of those corporations where you instantly feel at home. I like their philosophy and codex, to be able to go out solo or to group up with a small gang of corp members that happens to be in the vicinity.

I learned that Stay Frosty can go from solo to small gang in less than 3 seconds - love it!

Search for the right corporation, try to find like-minded people, don't be afraid to switch corp if you don't feel at home. Then fit 50 ships and go lose them all. When you lose a fight, convo your opponent to get some feedback about what you could have done better. I've only had positive experiences doing exactly this.

I'm here to enjoy myself and the little EVE play time I have at my disposal! And for me, being part of a community is crucial to make sure I do. So on the one hand, I'd like to keep enjoying myself just blowing stuff up and on the other hand, I'm eager to contribute to the awesome community Stay Frosty is.

The guy's laid-back, yet very committed to his corporation. I love reading his writings and his art keeps amazing me! Also, he's older than me - makes me feel young ...
(EDITOR: While Rixx is ancient, he remains young at heart. And really, that is what is most important.)


More to come. If you'd like to join Stay Frosty or take part in the greatest Alliance New Eden has ever seen, just join one of our public channels in-game: EVEOGANDA or The Frosty Hammer.