And now back to our regularly scheduled programming. 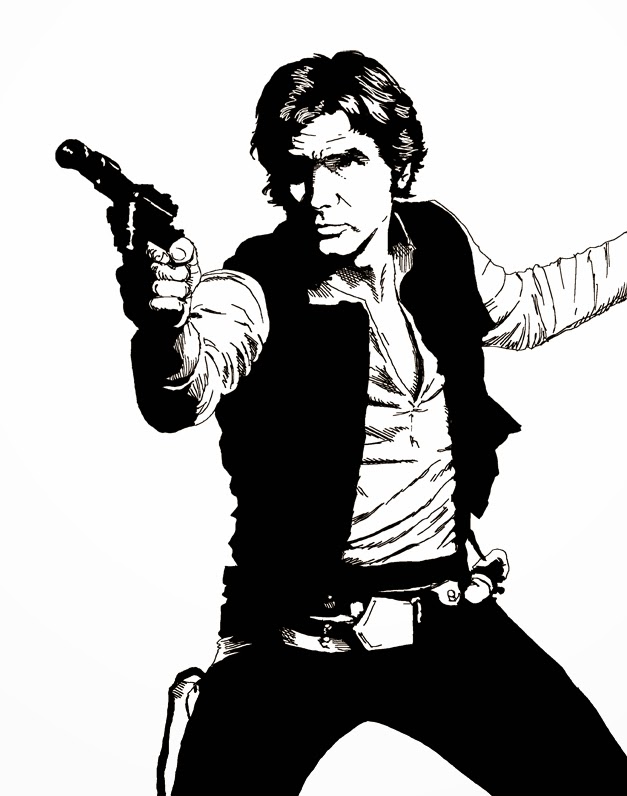 A couple of days ago I posted a chart that compared some common killboard stats from a randomly selected group of low-sec corporations. As expected, this caused a stir among the community. My original intention was simply in response to the accusation that my own Corporation is a bunch of "blobbers". I was curious how one would go about proving that wrong. I freely admit that I may not have found the perfect solution. But out of that came some interesting discussion, so I think it served its intended purpose.

It has been apparent to me for the last six years that Eve is full of people that like to see things in black and white. Most arguments come down to "I am right" and "You are wrong". People like to label things, put them into convenient boxes, and move on. But nothing really works like that. We could argue all day long about what a "pirate" corporation is and isn't. But we are all going to have our own opinions about it, and in the end we all realize that it doesn't even matter.

But one thing that came out of this was an argument about what is and isn't "solo". That would seem rather obvious, solo piloting in Eve is one pilot flying around by him or herself in space looking for fights. But then you throw in scouting alts, link alts, bait, and the whole thing starts to get funky. And we don't like when things get funky around here, do we?

Add to that the challenges of building an entire corporation around solo. If everyone is off doing their own thing, that doesn't do much for cohesion, or corporate spirit, does it? What is the solution?

Well, over in Stay Frosty I believe we've stumbled on one answer. I've never called it the "Team Solo" approach before, but I am going to for this post. It is rather simple and probably nothing new, but I believe we've managed to take it as far as it can be taken.

Every day we have a fleet up and running. This fleet should be running 24/7, but there are usually gaps. Which is why we are still recruiting!! Anyway, this fleet is the daily standing fleet and typically, on a regular day, we are all flying together solo. The benefits of flying together solo are insanely great, you share intel, report ships and pilots, system status, and generally start to build a pretty good picture of the surrounding area. Sometimes the only way we know a fight has happened is when the pilot posts the km for us. Other times they will call for help, and off we all go to assist. Or a few of us, or the whole bunch, depends on the target of course. Or we can race home and re-ship as needed.

Everyone on-line is encouraged to be in the fleet. Even if they are off somewhere else, or missioning, or running errands. This is because one never knows what one might find out in space, what opportunities you may discover, or what you might learn - even from just listening.

It is possible to build a corporation primarily based on solo PvP that also builds a great team. We also do other things together, and hopefully we will be doing even more of that in the coming months. But primarily we are a corp of PvPers that fly wherever and whatever we feel like, together and solo - but never alone.

Cause what fun would that be?