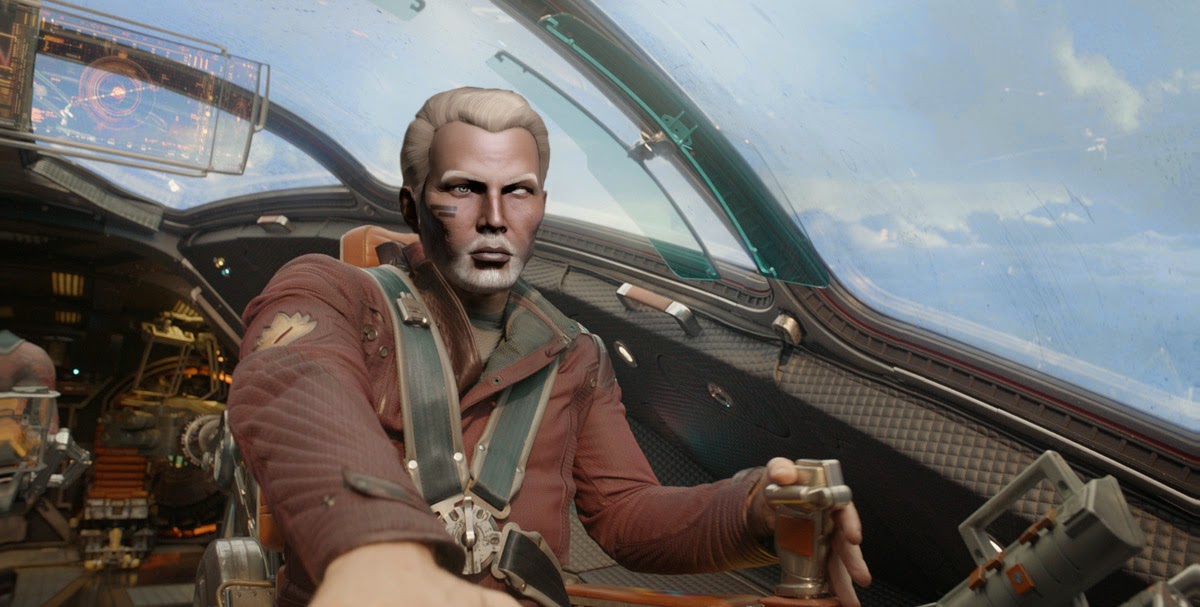 First things first, If you enjoyed this weekend's Guardians of the Galaxy film and the debut of Rocket Racoon (and how could you not?), then take a moment to consider helping Rocket's creator Bill Mantlo. I did.

I also updated the Stay Frosty Killboard in honor of Rocket and Bill.


I've waited a long time for Marvel to go "cosmic". I'm an old enough fanboy to remember the original Guardians of the Galaxy. My sketchbook from high-school has drawings of Rocket Racoon. (My first paying art job was a sketch of Iron Man I did in fifth grade, some kid paid me $5 for it.) As I've said before, my geek bono-fides run very, very deep.

I also have zero investment in Marvel Comics or multi-million dollar entertainment vehicles. I don't currently even read comics, although I still have about 4,500 of them stored away in boxes in my attic. I tell you all of this just to set the stage a bit. I'm not going to review the new Guardians of the Galaxy film, there are more than enough of those around already. It is a blast and you won't regret seeing it in the theater, that's really all you need to know.

Maybe it is my age that gives me enough perspective to appreciate what we are privileged enough to be experiencing. And yes, I have spent way to much time in comment threads this weekend. I've been rather taken aback by the rancor at which a certain crowd is attacking this film. And it reminds me a lot of a certain other crowd that does nothing but attack a certain video game I spend a lot of time with. They seem cut from the same cloth.

Criticism is important. Critical thinking is extremely important. But I believe many people get confused about what those two things really mean. Criticism without compassion, context, and character is nothing more than juvenile ranting. Roger Ebert understood this. The great critics always do, that is why they are great critics. It is easy to take an opposing view, it is much more difficult to provide context, write with compassion and caring for those involved in something that you yourself, most likely, cannot do.

Guardians of the Galaxy will be fine. It'll make gazillions of dollars and Disney/Marvel will survive. I'm more concerned about Eve Online. And this gets back to the point of this ramble.

Where has the sense of wonder gone? I sat in the theater this weekend with a stupid grin on my face for two straight hours. Not because GotG is a perfect film, it isn't of course, but because it was friggin' wonderful! It didn't suck balls. It was beautiful, funny, action-packed, and it had Rocket in it. I was a very happy fanboy. We are fortunate to live in an age of wonders. Do you have any idea how fortunate we are? I do. I sat thru a childhood of 2d vector based games, of shitty television shows during which I yadda yadda'd all the dialogue until the Hulk showed up for five seconds, of stupid Spider-Man, Wonder Woman, and various other crap. Of Dolph Lungren as Punisher. Of Captain America in a motorcycle helmet. It was horrible.

And yet, every day, I undock my STARSHIP into an amazingly beautiful, fully rendered, spacescape of incredible beauty. Playing alongside people from all of the world, in real-time, on one single shared server, built by people that live in Iceland. Sheesh. That is pretty amazing stuff.


And yes, Louis and I are about the same age.

I was once a film critic, in both print and on-line. And I've certainly spent a tremendous amount of time and effort in these pages pointing out flaws in Eve. But I hope I've also managed to communicate a fundamental sense of wonder that such a thing as Eve even exists. Because, despite its obvious flaws, it remains a truly amazing, wonderful and incredible thing of immense achievement.

And maybe, when it all comes down to it, I believe we'd all be better served if we held onto that sense of wonder a little tighter. The way the world is going, we need to share that with each other.

Compassion. Context. And Character. We live in an age of miracle and wonder.