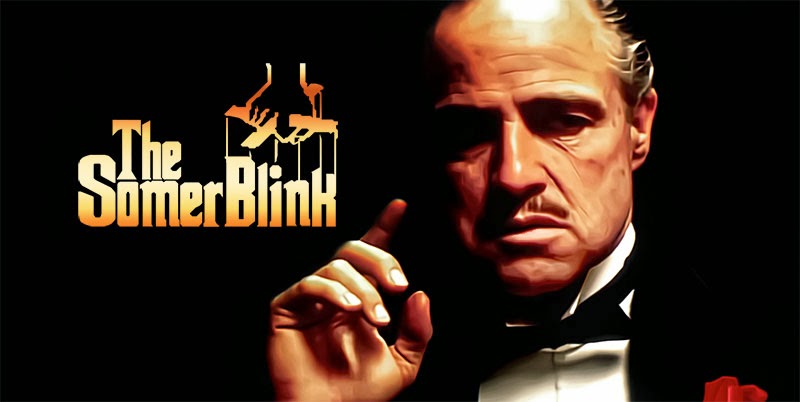 I don't know much about Somer Blink. I never used their service for anything. I don't gamble with my ISK, but I know plenty of people that do. I have bought two or three Plex from CCP over the years which I promptly turned right around and sold on the market for whatever the price happened to be. I say all this in the spirit of full disclosure. The guys at EOH Poker have been good supporters of our events over the years and I appreciate that. But I never had any dealings with Somer Blink that I can remember.

Nothing that has happened recently should be a surprise to anyone. From Watch Scorpions to the accumulation of wealth under often spurious regulatory oversight, such places are always moist armpits of honor. Think Junk Bonds, Casinos, the Oil Industry, Defense Contractors, and any other analogy you want to attach - they all apply. How about that awesome Mortgage Crisis from 2008? That was fun.

The introduction of real world money into Eve laid the foundation for the exploitation of real money in Eve. This should not be a shocker. The Roman's built roads so people would be able to use the roads. Once that door was opened it would be exploited. And it has, Somer Blink is only the most recent example in a long line of examples. And it won't be the last.

I don't like it. I've written posts about this subject before and my opinion hasn't changed. I believe the unification and stagnation of Null, the proliferation of Supers, the explosion of alts, T3 links, and many of the other ills in Eve are a direct result of this evolution. Absolute power corrupts absolutely, and absolute power derives from absolute wealth.

Somer did not create this situation. But they certainly exploited it. And much like any decent Mafia they also supported the community, cared about the people that used their system, and even made good there at the end before they all went to the Big House (or stepped away before the Feds got 'em!). Now they can all sit around and have spaghetti and talk about the good 'ol days.

There are people, like myself, who could run systems like this without being corrupted. It is possible, but highly unlikely. Like any analogy the "mafia" one isn't perfect and tends to break down on an individual case-by-case basis. I'm not pointing fingers at any one person, but rather the system as a whole. The system is easily corrupted. And it has been.

How do we fix this so it doesn't happen again? I think the Casino business in the US is a good example. The Casino business used to be corrupt, and it remains so in some instances, but generally speaking regulation, enforcement, and merging it into the mainstream have curbed serious organized crime. Nothing says mainstream like "we're gonna tax you and help old people!"  Once the government got into the casino business, they became the 'mafia', so we didn't need the actual mafia anymore.

Is CCP capable of regulating and incorporating these types of systems into their system? Probably not. Although it certainly appears this specific case could have been handled a bit better, but that isn't all on CCP's hands. It looks like someone actively tried to work under the system in this case. And that type of exploitation is difficult, if not impossible, to stop beforehand.

I'd much rather be talking about good fights today. But I thought I should say something about this and try to explain my position. It is the same position I've always had. I wish it would all just go away frankly and we could play Eve again.

My wife, who is very supportive of my Eve habit, read thru the Twitter feed last night and turned to me and said, "Eve is certainly full of a lot of drama, isn't it?"

Yep. It sure can be.