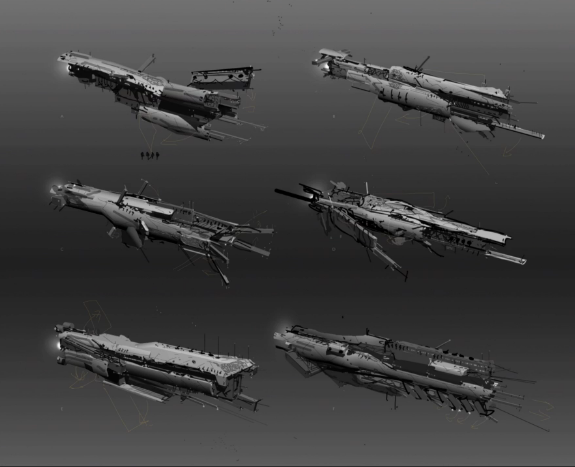 Neville does a great write up on changes announced at Eve Vegas, so check that out for actual news.

As usual I have nothing even remotely like real news over here. I found references to T3 Destroyers from way back in 2011 on this blog, so the idea has certainly been around a long time. It is good to hear that they will not be modular, like their Strategic Cruiser cousins, but instead will incorporate a more "on-the-fly" decision on which stance to take. This is extremely interesting.

Defense, Speed and Sniper modes which can be switched mid-warp I suppose. These will most likely come along with some awesome ship animations and essentially bring a whole bunch of new ship models along with them. The ships will be rolled out to the different races according to some contest the empires had. Hi-Sec, who understands it?

I'm guessing they will all have plenty of low-slots for all those WCS the Empire people will pack into them, so that nasty Pirates like myself can't catch them. I'm surprised one of the modes isn't "Run Away" mode.

Any new ships being introduced into Eve is cause for celebration. In addition to the T3 Dessies we'll be getting a new "tug" shipping container that can pack fully-fitted ships into its hull. As well as Minmatar refugees I'm guessing. This is extremely welcome news, which might surprise you, but Pirates need to move ships too!

In addition the Blackbird/Falcon/Rook will be FINALLY getting a new model. Woot. Even though I hate ECM almost as much as I do WCS, the ships really needed updated. Let's just hope they are also easier to kill. Which won't happen. But a guy can dream.

The new "glass-cannon" modules are interesting. I'm not a huge fan of having my resists be zero, but I can certainly see a role for such things in sniper modes. I'm guessing we may see an increase in idiots sitting 150k off of things to snipe us. Wunderful.

Down the road, after they muck around with Null Sec some more, it looks like the Big Eye will swing back towards Low Sec and Solo and Small Gang game-play. Obviously I'll be keeping my one good eye on these developments.

Most importantly CCP admits that they are trying to think out of the box and shake things up from a sandbox/gameplay perspective and I like the sound of that. If Eve is going to continue to grow and move forward, this is critical. Just because something has been done that way for a long time, doesn't mean it is correct.