After a week of trolling the internets about Warp Core Stabilizers I decided to get busy putting a few more awesome Wallpapers together to sooth the hurt feelings of those lazy players determined to annoy me with their low-slot fitting choices. I am a PvPer Pirate people, my opinions are often extremely biased. Let's move on. And Ban WCS!!

Before we move on, I had a great idea yesterday that is bound to make people angry at me once again. 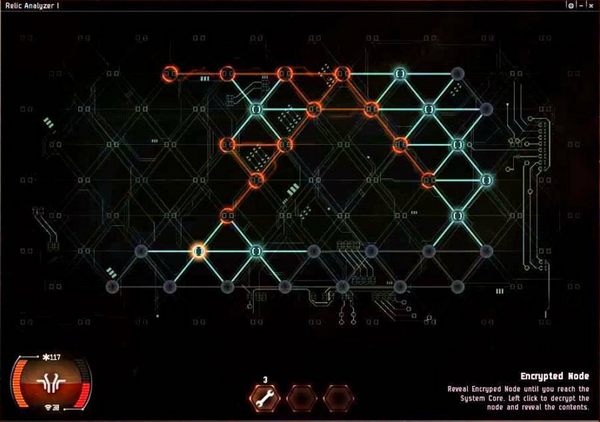 I watched someone do this once. Apparently there is a mini-game within Eve somewhere. I know it has something to do with hacking exploration sites, or something. All I know is, after they were done with it stuff popped out of a can.

Let's just go with the idea of a mini-game. So yesterday I was out and about in space looking for targets to engage, when I entered a system with a Stratios on scan. Just me and him in System. Quickly I determined that he was hiding in a safe spot about 7.9AU from the Sun. He was exactly "over there in that direction" I had him on 5 degree and, if I could do so, I could drive over there. But you can't really do that.

Back in my early days in Null I would often spend a lot of time trying to pin someone who was in a safe spot down using the "back and forth method". This was an extremely time consuming way for a Solo pilot to find someone who didn't want to be found. Normally a person's safe spot is between two celestials. You'd find out which two they were by using the d-scanner, then warp between the two constantly using your 5 degree until the object disappeared. Then you'd immediately drop a bookmark there. When you landed, you'd turn around, warp to that bm - then start again. Increasingly narrowing the search field, back and forth, dropping dozens of bms. Until the target was within burn range.

As nutty as that sounds, it actually worked. Not often mind you. Sometimes the target would wake up and warp off, or you'd overshoot it a bit, or it would have its mwd on the entire time, but it did work sometimes. It was boring work and it took a long time. But what other choice did a Solo pilot have? Plus it was awesome when your hard work resulted in a kill. I remember catching a -A- pilot in a Stabber in HED that way.

There aren't a lot of options for the Solo or Small Gang pilot when it comes to finding ships that don't want to be found.

But what if we had a 'Safe Spot" mini-game? A pretty hard, skill intensive, mini-game that - when a ship is detected on 5 degree d-scan - is activated. Once achieved it reveals a warp enabled signature that will put your ship on grid with the target. Not necessarily on top of it, but on-grid with it. The rest is up to you.

I know what you are saying. I can hear it already. But let's remember that hiding in a safe spot is not supposed to be safe. That's what POS, Stations and logging off are for. And, granted, should such a mini-game exist (which, it never will of course) the amount of safe spot afking will drop significantly.

As a Solo slash Small Gang PvP player I'd like the ability to find those hidden T3/Command Ship Boosters. That is what this is really all about. Right now I have no counter to this annoying Meta that is frankly destroying our play-style. If you don't believe me then you haven't been in our Corp Comms or Chat, I have. And I know exactly what effect this is having on my members. And if it is a topic of discussion in our Corp, then it is everywhere else as well.

So full circle once again. Get boosters on killmails. Get them on-grid. Or give me the tools I need to find them and deal with them ourselves. But something needs to happen. And it needs to happen soon.