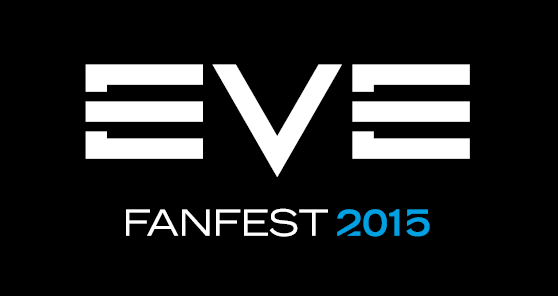 For the first time ever I won't have to run "FakeFanfest" or rely on FlatRixx to enjoy the festivities in Iceland. That's right, this year I will be personally in person attending Fanfest! Woot!

My wife and I will both be attending and we are both very excited. I have to stop right here and give my beautiful wife some much deserved credit. While she was rather dubious at first (and I think she still can't believe we are actually doing it), she has been awesome. In fact, in some ways I believe she is even more excited than I am. For different reasons of course. This is both of our first trips outside the comfort of the Western Hemisphere, Canada, Mexico, Caribbean, Alaska trips of our collective pasts. So for that reason alone it is exciting.

Add to that the weirdness of finally getting the chance to meet another Eve player, or more like 1,500 of them!, and the trip really starts to take on an other-worldly feeling. Not to mention all my friends at CCP. The artists, the producers, the community representatives, and my biggest fan Hilmar! I mean really, this is so bizarre.

We have our passports. We are driving down to Washington for the Icelandair non-stop to Reykjavik (The town named after Rixx Javix!!!) and will be staying at the newly remodeled Apotek Hotel a few blocks from Harpa in the heart of the city. I don't know what any of that means, but I've walked the streets a bunch on Google Maps - so I feel like I know it already. We are getting in early Wednesday morning and staying in Iceland until Tuesday - so we have some time to do couple stuff after Fanfest.

I wish I could tell you about some of the other things I am excited about. But they are still sekrit things that I am under NDA about, so I can't. However, I will say that there are a bunch of additional reasons I am even more excited about Fanfest than I would be normally! How's that? I mean, if I am excited about them, then you should be too. And I'm sure I'll be able to talk about them soon, so hang in there.

We are going to the Charity Dinner, but we'll probably pass on the Pub Crawl. I figure we'll have plenty of people to hang out with by Friday night who are also older and socially awkward like us. I'm joking, but also kinda not joking. There is plenty to do and see, so I'm not worried about anything. Heck, I could probably spend every minute just meeting new people and not get the chance to meet everyone.

So, let's get this out of the way right now. I want to meet you. I would like to meet as many Eve players as humanly possible while I am at Fanfest. So when you see me, and I should be relatively easy to spot - feel free to introduce yourself. In real life I am the kinder, gentler, version of Rixx. So not a pirate at all. lol.

As we get closer I'll be talking more about Fanfest. If you haven't picked up on it yet I am extremely excited about this trip and looking forward to finally getting the chance to go. I was supposed to go many times in the past and Real Life kept pushing me down. And while we can't afford it this year either, we are going anyway. Screw it, you only live once.