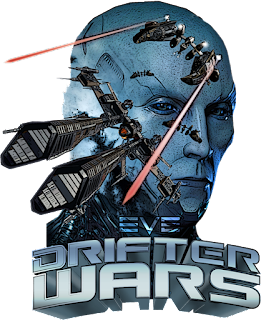 I took the day off yesterday. I hardly tweeted and I tried to keep my mind away from the large knot swelling on my head from the Ban Hammer that hit on Wednesday. So I fitted 60 ships up in Jita and practiced on SiSi for three hours with our AT Team and Circle of Two. I also sent out 250 email blasts, made lunch for the three of us at home right now, took my youngest to music class, had dinner out with the fam, went to the dentist and watched in horror as the hygienist popped one of my caps off while cleaning my teeth, etc. These are what my "taking the day off" days look like.

Obviously I failed. On Twitter, on Slack, even in-game yesterday, everyone wanted to know what happened. How does this affect their own projects? What does this mean for the seemingly open door policy, one I stood in front of everyone at Fanfest and promoted? I mean, if there is a poster child for a fan working successfully with CCP, it has to be me - right? (See what I did there?)

I don't know what to tell you. There is no doubt that Eve Drifter Wars violated a wide spectrum of Intellectual Property Rights, International Copyrights and Trademarks. This can not be disputed. It also cannot be disputed that other "games" very similar to it have been and continue to be up and running around the Eve Community. It also cannot be argued that nearly all of the graphics used in the game derived directly from a publicly available 3rd party site that CCP endorses, but does not "officially" have an agreement with. And not from within Eve. It also cannot be argued that we mistakenly used two small pieces of music in the game that we did not have the right to use. A mistake we were more than willing to alleviate. But it certainly didn't help our position. The vast majority of the music we used was properly and legally obtained by the way.

This is a tough one. I can honestly and clearly understand CCP's position. Defending their IP is the only way to keep their IP. It is a slippery slope and I completely and totally understand that position. In fact, I support it wholeheartedly. I am the last person that would want to exploit or damage Eve's intellectual rights. For goodness sake. I think that is rather obvious. Everything I do is right up front and public.

On the other hand. Where is the pathway for any potential creator to seek or pursue a legitimate method for bringing such content to the greater community? Is that door open or is that door closed? If you had asked me that question during Fanfest I would have been the first to say it was opening. In fact I did say it. I said it sitting right next to CCP Guard LIVE on EveTv for goodness sake. And in a roundtable sitting next to CCP Spitfire. And in countless conversations during that week.

The game had to be taken down. As much as that hurts to say, it is the truth. Personally I find myself in the position of herald, walking a path that I hope continues to pave the way for others. My own personal and professional relationship with CCP continues. In the continuing spirit of openness I will tell you that more projects are already underway. On Wednesday I spoke on the phone with CCP Spitfire about those projects and about Drifter Wars. So it isn't like the Zazzle store incident when CCP was silent and cold. CCP Manifest worked with us, back and forth on Wednesday, to try and resolve this issue. And Spitfire himself talked with me directly about it. My relationship with CCP continues to be a good one and I have nothing but tremendous respect for the vast majority of people that work there.

That doesn't change the fact that I will continue to strive for more. Or the fact that, as a community, we need a more clearly defined process for pursuing projects like Drifter Wars. Because we do. This won't be the last one, it certainly wasn't the first. So where and how does the next creator need to go, what do they need to do?

I believe there is room in the world for non-monetized passion projects that do nothing but enhance and promote the greater world of the Eve community. I will always believe that. One could argue that this very blog is nothing more than a huge daily exploitation of the Eve IP. It is. And yet, we created a process and a procedure that allows this blog and others like it to exist and thrive. So it can be done.

Something like that needs to happen with "games". Because I have news. It is becoming easier and easier to make them. And more and more people will be. I already know about at least a half dozen in various forms of development. Which means there are at least double that number out there right now.

If Drifter Wars achieves anything, I hope it is to bring this situation to light so that we can work towards a clearly defined solution. If it does that, then it will have been worth it.