on August 24, 2016
This past Saturday was the first annual Steel City Eve event here in Pittsburgh. Which also happened to coincide with my own 50th birthday. My wife and I have been planning the event since about this time last year, so its been gestating for a long time. Pretty much since we got back from Fanfest to be honest. Would people come to an Eve event in Pittsburgh? We had no clue. But we went ahead and did it anyway.

The week leading up to the event started to feel a tad tense, we started getting a lot of last minute cancellations. Work schedules, family events, changes in plans, all very normal stuff. But they really started to add up. At the very least we figured it'd be us hanging out all day at the Park. And how bad would that be? We need not have worried. After everything we had 25 Eve peeps show up and I'm not counting Narook's cute little 10 month old. So 25 and a 1/2 maybe?  It was mostly my fellow fleet mates from A Band Apart, but we also had a Pandemic Horde pilot and a high-sec mission runner and a few others show up. Morg came in from St. Louis! David and his brother drove their motorcycles down from western New York. The Space Princess came all the way from New Jersey. And Narook brought his family in from Cincinnati. Plus everyone from the Pittsburgh region. So all in all it was a great turnout for our first event.

We decided early on to try and keep things as low-key as possible. We rented a building at North Park for the entire day. An all-day rental isn't very expensive and it makes for an easy set-up. Otherwise it was just food and items for the Swag Bags. I had posters and stickers made, but we also included some EveBet codes donated by EveBet, and 20 Bhaalgorns donated by Eve-NT. I also included some Giant Ideas easter-island pens left over from my agency closing. I found an entire box of them while we were moving. And CCP Guard was nice enough to send us some fab CCP loots to give away! All-in-all we spent right around $400 for everything. Lots of planning and thought went into it, but we kept our budget. We're pretty proud of that. 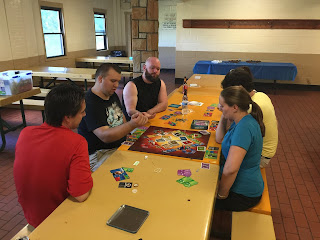 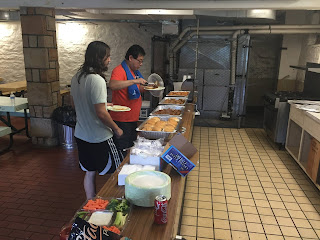 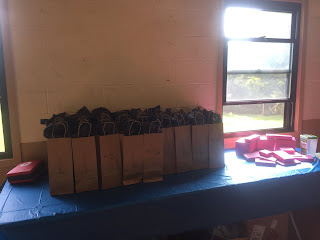 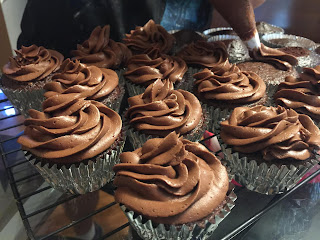 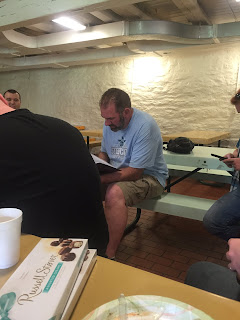 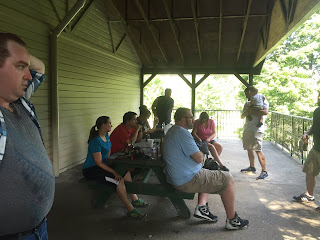 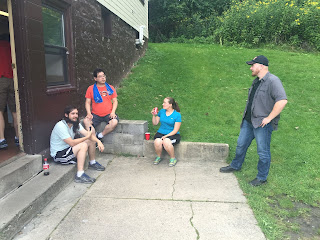 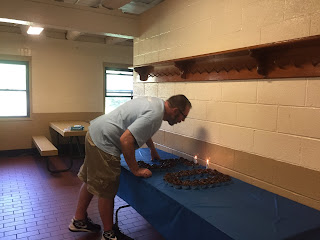 We are going to be hosting the event again next year, so go ahead and start making plans to be there!

With the attendance and the cancellations we think we can expect about 50 people, which is pretty amazing. So next year's event will be even better and we already have ideas along those lines. I liked the concept of having the event in the Park and just hanging out all day together. It made things very relaxed and enjoyable. We had a lot of time for great conversations and getting to know each other, so I believe we'll keep that idea going forward.

Thanks to everyone that came and for making it a very special day. We hope to see you all again next year!!