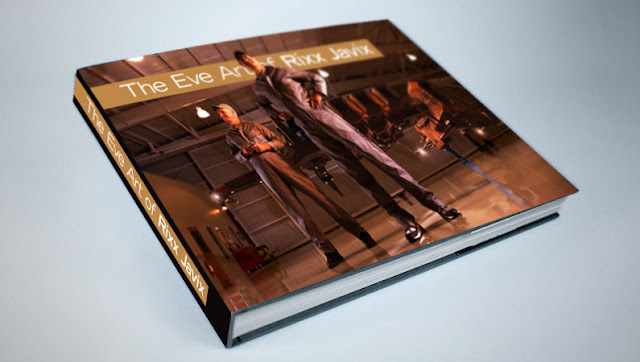 So I have this idea and this post is intended to test the waters of interest. A few years ago I published a PDF version of a coffee table book featuring my Eve art up to that point. You can download it HERE if you haven't already. And earlier in 2016 I also published a PDF book collecting Eve Fan Fiction and Art called the Empyrian Chronicles, which you can download HERE if you haven't already.

So the idea is simply this. A coffee table Art Book featuring my Eve Art alongside select articles and posts from the past seven years of Eveoganda. Not everything of course, but only the best stuff in a well-designed book worthy of being in your collection.

Such a project is a big one and would require the cooperation of CCP (which may not happen) and a mid-level fundraising effort (nothing like the Fountain War book or even Andrew's History Book project, but it could also potentially not happen) and considerable effort on my side as well. And the support of the community most importantly.

So this is the "testing the waters" post about the idea. I'm asking for feedback so please feel free to post your comments, thoughts and said feedback about the idea. Positive or negative, or somewhere in the middle. This is an idea that has been rattling around in my brain for awhile now and I want to know if the community supports it or if I should forget about it and move on.

Would you support such an idea and is the idea worthy of the amount of effort it would take to achieve? That is the essential question.

So, what do you think?