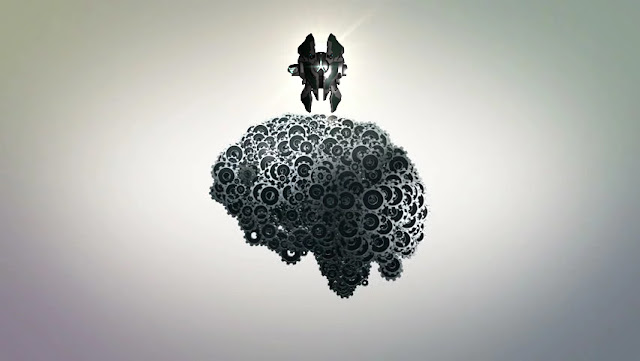 Shortly after I started playing Eve I joined my first Corporation. For the first few weeks we mostly stayed around high-sec space and I tried to shoot rats and guard mining operations. But it wasn't long before our Corp joined an Alliance based out of Providence and everyone started talking about moving to Zero Space (Back then I don't remember anyone calling it Null. We all referred to it as Zero).  Back then I was a very casual Eve player. I enjoyed it, but I really didn't have that much time to dedicate to it. So I had never been in Zero before, heck I had only rarely ventured into Low. And usually that ended with me getting exploded.

My CEO was great. And one day it came time to move down to PI-5 in Providence. So I jumped into my Merlin and the CEO scouted me down the pipe. This was the first time I encountered "reds" that weren't NPCs, they were other players. It all sounds so basic now, but at the time this was all new to me. That trip introduced me to 'Safe Spots" and the entire concept of bookmarks. And how important scouts are. And how small and insignificant I was.

My inspiration today is in recognition of all the mentors that I have encountered in my own Eve journey. And how important they have all been in making me the Eve player I am today. I remember my first 10m iskies, and how I managed to lose almost all of it in one single day. It was the first time I considered quitting Eve. A player in our Corporation, who lived in Brazil if I remember correctly, gave me 150m isk as a gift. That changed everything for me.

That act of kindness has stuck with me all these years later. It is why today I often pay back isk to those I explode. Especially the very young or very inexperienced. I often think of myself on that day, standing on the edge of quitting this game. If I had made that decision then, I would never have experienced all of the amazing things that Eve has given me in the eight years since then. I'm eternally grateful for the kindness, compassion and understanding that so many people have shown me over the years. Especially in those formative early years in Providence.

If anything today I'd like to encourage those of you reading these words to consider your own actions in light of mentorship. Especially us older veterans. We don't often consider that our own actions, words, attitudes, and actions impact those around us. Our fellow Corp mates certainly, but also those that happen to encounter us in space. What we say, how we act, how we conduct ourselves is what makes Eve come to life for everyone. Not just ourselves.

As for me, this is a big part of why the Pirate Code has grown to me so much to me over the past six years. I believe Eve is a PvP game first and foremost. But I also believe that it can be played at a higher level. And that higher level is what Stay Frosty and A Band Apart are all about. It is what we stand for. This past week we had an incident in our Corporation of a pilot that did not share those beliefs with us. As a result our name got slightly smudged a bit in certain circles. It happens every so often, we are after all an Open Recuitment Corporation and always will be. That pilot was summarily kicked from Stay Frosty and set red. But it got me thinking. Living in the narrow space between aggression and honor is not an easy place to be for some. And as much as I have been helped by so many positive mentors over the years, there have also been many, many negative ones as well.

Thing is, I can be a scum-sucking Pirate and a heck of a nice guy all at the same time. And yes, I will often role-play the role of Pirate Lord in local because it is often fun to do so. But doing so doesn't have to define my entire character. Nor does it.

So I encourage you today. No matter what role you enjoy playing in-game, from miner to high-sec ganker, remember the other person and how your actions can impact their game and their life in Eve. Strive to be the better version of yourself every time you log-in.

And perhaps you'll help someone else make the decision to stay and play, instead of quit.