A Tale of Two Ships 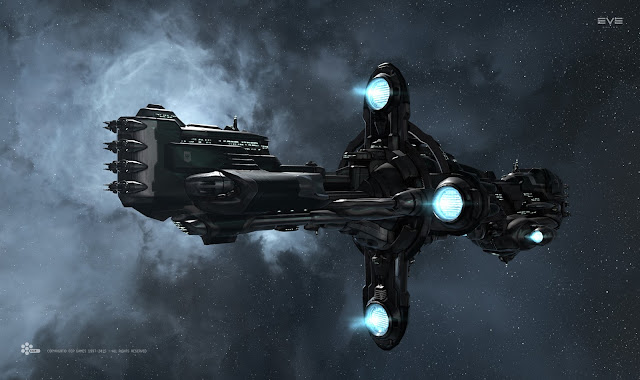 A bored Rixx usually gets into trouble.

In yet another cycle of change, Low Sec is currently undergoing a minor shift once again. Established players are changing, the landscape is adapting, and tactics are evolving. In other words it is a tad chaotic right now. Things will once again settle down into more predictable patterns, but for the time being you never know when your Hookbill will be jumped on by an arty Loki for no good reason. Which happened to me on Saturday.

Lots of bait and switch going on these days. Lots of loser pilots overcompensating by bringing overwhelming force to small fights. Classless and honorless hordes are everywhere. Pretty typical for Low Sec. Luckily, Stay Frosty continues to bear the torch for honor and good fights when we can. The Stay Frosty Code remains a bastion in even the darkest of times. As does my personal ability to derp myself into dumb situations purely for the joy of it.

I was bored pushing a Sleipnir around with my Dominix when about 175 Eve Uni frigates arrived in local. I docked up and bought myself a Brutix off of corp contracts (thanks Devlin!) and undocked and warped to the large plex. I've done this before with Frigate gangs, sometimes I even live! Like that time I jumped a Dominix into them at the Sun and killed like 12 of them before they ran off. But this time I figured a cheap Brutix would be enough.

The killboard says I got two of them before they got me, but I really remember five of them exploding. Either way it was fun and I had a blast. If you don't understand why I do that when I can, then you don't understand me at all. There are a lot of good reasons to derp a BC into a swarm of Eve Uni Frigates. It's fun. I typed WITNESS ME into local as I died. It's content. And I am a content provider. I'm sure those pilots enjoyed the fight. And it also serves as a great recruitment action. We get lots of pilots from Eve Uni and many from previous engagements like that one.

Later we spotted a Hyperion in the large plex. So I undocked the Hyperion I recently fitted up to give it a shot. It must be said that I am not a Hyperion fan. Every single time I fly that ship it lets me down. This was probably the first Hyp I've flown in a few years and eventually the result would be the same. The fight was going fine until the Mach showed up, after that it was boom for me. No more Hyperions for me. My dumb fault though for leaving my red pills in the Station.