In Depth | Condor Vs Coercer 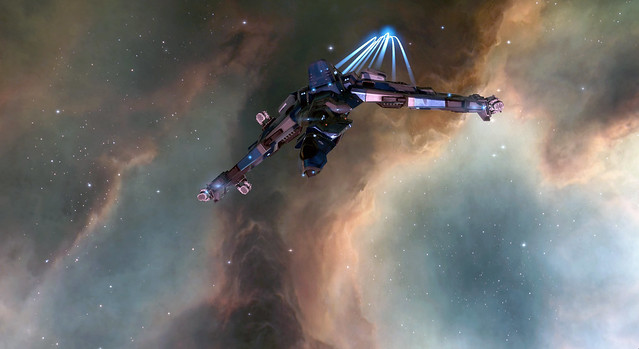 The eternal pursuit of the perfect ship. It is an on-going and constantly updating challenge when it comes to Low Sec Pirates. The eternal debate between speed, tank, damage, ehp, resists, and ultimately just how many faction modules does it take before it isn't worth risking? I can only speak for myself, but I also have to factor in a certain level of notoriety. People tend to run away before I even uncloak from the Gate jump. Or worse, decide a blob is the best way to deal with me. After all, the idea here is to get good fights.

I could just fly Comets and Tristans all day, but that gets insanely boring. I try to fly a nice variety of ships and keep things interesting. As well as keeping the skills honed to a fine edge. Or I could do what so many others do and just do my best to ensure I never lose. And while that has its temptations, it just isn't my style. I prefer good fights, and I believe if you want good fights, you have to be willing to give them.

The Condor in the screen shot above had about eight kill marks on it before it exploded. I wasn't really happy with the fit and decided to move on to other ships for awhile. That was until this weekend when I saw the Condor fit that fellow Stay Frosty pilot Darkon was flying. It wasn't all that much different than the previous one, but enough so that I thought it might have solved the problems I had with it. So I fitted one up and have been looking for a chance to see what it could do.

I called this post "In Depth" because I thought it would be nice to take certain fights and explain them in some detail. I dunno, but maybe someone would enjoy that. I've done it before, but let's ignore the vast history of this journal and pretend like everything is new.

If I'm out roaming solo and I jump into a system with one person in local I have a couple of choices. Most of the time I'll choose to just blindly warp into a plex and see if I get lucky. But if I can already see the target on d-scan and it is a juicy target, say a ship-class above my ship - then I might choose to do a fly-by. Especially if the pilot is actually in FW. If I warp directly after jumping in people get nervous and run away. But if I just play it casual and warp to the next gate and then jump out, well obviously I wasn't interested. So that's what I did when I saw the Coercer in the Small Plex. I left system.

I slow boated back to the gate and jumped back in. In warp I went ahead and pre-heated my armor repper, my prop mod, and the rockets. This Condor fit is dual tanked, so I wanted to save my shield boost for later and use my armor rep to survive the initial hurt that was coming my way. If the Dessie was far off the button I'd warp away. If he was in range I'd have to live long enough to get into his face. The time between landing and face was critical. Coercers can do a lot of dps, but their lasers are notoriously bad at tracking small sig, fast targets like Condors.

I landed about 12k from him, so he was outside point or web range. My fingers hit the lock key just as my mouse double clicked off his right bottom side for a nice transversal manual approach. Even so his guns took me into half-armor quickly before the rep started chewing into his damage. By that time I already had scram/web and was burning into an overheated close arc. His damage was already falling off. I only needed to run the shield boost twice to mitigate some of the incoming dps.

As a bonus I got some nice loot for my troubles. But most importantly that was a good fight.