on September 17, 2018
There was a time when I would have written a long detailed post about all the asshats I've bumped into over the past ten years of playing Eve. And there have been more than a few. Most of which is chronicled here in the archives of this blog - if you care to go back and catch up.

But I'm not going to do that. 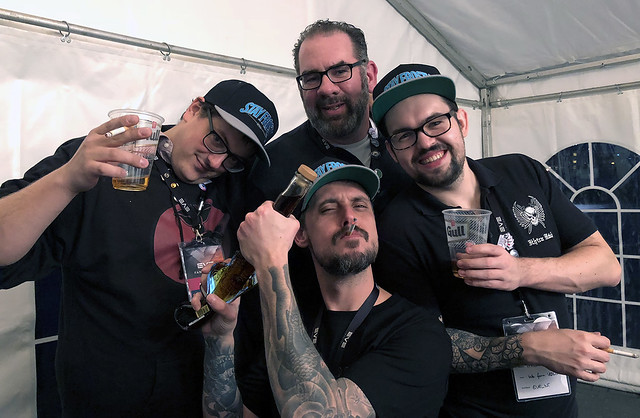 Ten years is a long time. My oldest was 14 when we started playing Eve and he's grown up and married now. And I had a couple of truly horrible years in the middle there. I won't bore you with the details, but the truth of the matter is that I wasn't always at my best. I admit it. But all of that is behind us now and for the past two years we've been working our asses off to make the best of things. And along the way, one of the most amazing things happened.

We went to Fanfest. Three times. And we hosted three years of Steel City Eve at our house. And we've been to various other smaller player meets along the way. And in a few short weeks we'll be at Eve Vegas and then turn around and fly across the pond for Eve London. And you know what? Meeting and talking with fellow Eve players changes things. Prior to our first time at Fanfest I'd never once met a fellow Eve player in person. Now we've met hundreds of them. And many of them I count among my real life friends - even though some are separated by an ocean.

The point being is that I no longer intend to give any attention to the asshats. They are such a small, insignificant percentage of the player base. A desperate little corner that just wants more attention. And frankly, I'm tired of giving it to them. Please don't make the mistake of thinking that means I won't continue to stand up for what I believe in. Or defend my Alliance or my Corporation - or the players that fly with us. Because that isn't the same thing. I'll still be more than happy to point out asshatery when it rears its ugly head from time to time.

The one thing that unites all of my haters from over the years? They were all wrong.

Some say success is the best revenge. That works, but I'd also add friends to that list. And I can't wait to catch up with old friends and make new ones in Vegas and London in the next month.

I just don't have room in my life for haters any more.