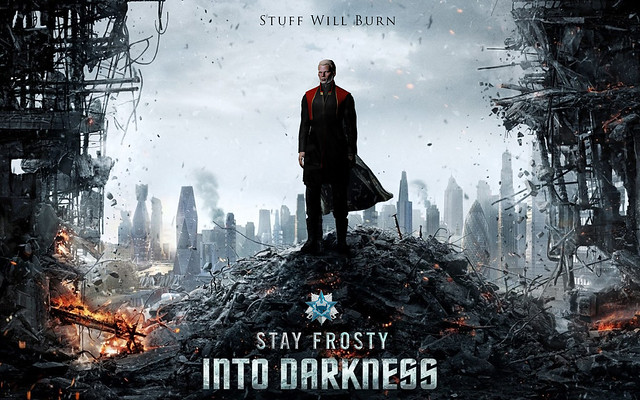 I've been CEO of Stay Frosty for five and a half years, slightly more than half of my time in Eve Online. As far as in-game accomplishments are concerned there is no doubt that Stay Frosty and the Alliance it spawned a year later - A Band Apart - are my crowning achievements. And the source of my greatest feelings of pride. Stay Frosty isn't just a Corporation that I started one day and that happened to work out. It was the direct result of four years of experience, failure, wars, betrayal, back-stabbing, frustration, searching, learning, and ultimately of finding my own place in this insane universe of ours. But make no mistake, every detail of its birth and subsequent growth was planned, organized, manipulated, and purposefully guided.

One day I got into a ship and flew to the planet six station in Hevrice and made Stay Frosty. I was the first member. My Son was the second. Since then well over two thousand players have passed through our doors. Today our membership hovers at around 300, which is where we prefer to keep it. We are, without debate, the single largest Pirate group in all of New Eden. No one else is even close. Our pilots fly to the edges of the map in search of good fights. But we operate primarily in Black Rise, consistently and historically Eve's most active PvP region. We've destroyed over 110,000 ships in those years, an insane rate of destruction that averages out to 55 ships A DAY. That's nuts.

Most importantly I stole and adapted KaJolo's original Pirate Code into our own Stay Frosty Code, which remains the foundation upon which we live and breath even today. From Day One we have operated under a very strict zero tolerance for hate, bigotry, fear, and all those horrible human traits. All while also embracing weird, nuts, crazy, offbeat, and square pegs in round hole type players. We are both ruthless Pirate zealots, the Island of Misfit Toys, and the nicest people you will ever meet. All at once. A Stay Frosty pilot might explode your ship one minute and then spend time with you teaching you about fits, or giving advice, or even offering a leading hand if needed. So many of our recruits come from former victims.

This happened to me again last night after I exploded a Comet. I ended up having a 30 minute conversation and handing out a fully fit Tristan to the pilot. This kind of thing happens all the time. 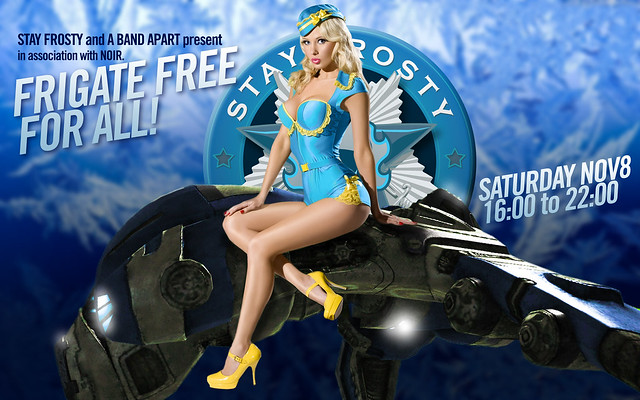 All of which is true. It is also a bit of promotional bullshit. I'll be honest here, those last five years were rough for me. As a result I wasn't always the best person to be CEO. There are large patches of time were I couldn't even log-in to the game. Either because of time or depression. As a result some of those years were rough in-game as well. Voice comms dropped to zero, players spread out, became more and more solo, and distant from each other. A lot of them just stopped logging in. There are dark times spread out in that history.

But you know what? Luckily I had some truly amazing people involved that managed to keep everything running. And slowly, because of the Alliance Tournaments, because life changes and new people come along - because my own life has changed - I can honestly say that our best days remain ahead of us. Not behind us.

Over the past year Stay Frosty has become revitalized. We are getting better organized. We are getting better at working together. We've had more actual doctrine fleets. Structure bashes. Team building. Voice comms. And more and more organized fleets. We're working on cleaning out the inactives. Reorganizing our leadership team. And putting a more professional(!) group together on our Discord server.

Stay Frosty is experiencing a revival. And while we will always remain the scrappy Frigate loving Yarrr Pirates of lore - we're also working on adding even more dimensions to our arsenal. You'd be surprised at the fleet comps that we are now adding, practicing, and using in space. It's pretty awe inspiring for an old Pirate like me.

Oh and one other change. For the first time Stay Frosty is no longer operating under Open Recruitment. Recruitment is still open and always will be, but where you used to be able to apply and get accepted immediately - well we've changed that now. From now on we have a process. It's painless and easy, but our door is no longer open to everyone.

So of course Stay Frosty would be the last entry in this series. I may not have realized it back when I started playing Eve ten years ago, but becoming the Pirate Lord of Low Sec was my destiny. It is the role I was born to play, so to speak. And I'll probably be playing that role, in one form or another, for as long as I keep playing Eve.

If you've managed to read this far I can only hope that you've enjoyed this look back at the last ten years. There are so many more things I could talk about, or look back on, but I tried to pick the most important and look back with positivity on what has been one great adventure.

What will the next ten years bring? No one can know for sure. All I can say is this, I hope we are all still here to share more adventures together.

Until then, undock and have grand adventures. And pay no attention to the Pirate in local.