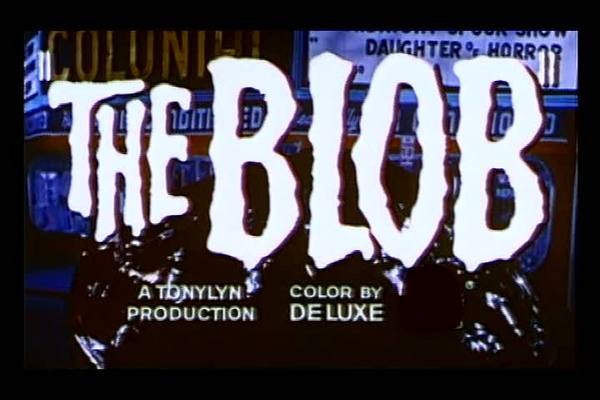 Few things illicit more cries and salty tears than the infamous "Blob" in Eve Online. But what constitutes a Blob? Is there a definition that makes sense across the board? Or is being blobbed something that is situational and defined by the victim?

When challenged to define obscenity the US Supreme Court issued one of its most famous sayings, "I know it when I see it." The act of being blobbed is a lot like that. You know it when you see it. As in many things your own perspective has a tremendous impact on your own perception about being blobbed. Are you the attacker or the defender? Are you solo, or are you FC'ing a group of hungry PvPers, have you spent weeks putting together a mining op only to have it hotdropped by Snuff? I could go on and on with scenarios, but each of those can impact your perception about what exactly a "blob" might be.

Let me try out a definition and let's see if it holds up. "A Blob is the application of any excessive amount of force disproportional to that needed to achieve victory." That sounds smart. Let me show you an example. Last night I engaged a Thorax on Station with my Vexor. Once engaged his alt/friend/whatever undocked in a Maelstrom and exploded my Vexor. Was that a blob? Or was I just the unfortunate victim of an a-hole? Let's look at another example. Judge Sarn was in local last night and was fighting fellow Frostian Dred in his Rifter, Dred was in an Atron. Meanwhile Giga and I were also in local and saw the fight happening inside a Novice Plex. We both landed on the Plex in time to help Dred, but we waited outside until the fight was determined. Our guy lost so we went in and killed poor drunk Judge Sarn. We certainly didn't need a Damavik and a Dramiel to explode a Rifter who was already damaged - so was that a Blob?

This is why defining a Blob is impossible in my opinion. Neither of those things are blobs, although in both cases a different pilot may very well have screamed about being blobbed in local.

I'll share another story with you that might help illuminate things. I have several names that I tag my pod with after I lose a fight. Instead of talking in local, I let my feelings be known in a more subtle way. Most of the time it is simply the default, because the fight doesn't need any further comment. Two of those names are - "Good Fight", and "I was Blobbed!".  I have others as well. Mostly I find it funny to do it this way and it kind of advertises my feelings on the way back home to re-ship. Point being, I rarely use the "blob" one. Very rarely.

Why is that? Is it because I rarely get blobbed? Of course not, I get blobbed all the freaking time. It's because I know it when I see it. And usually it isn't intentional. While I certainly try to never blob anyone, when you are out in a 12 man Frigate gang it can be impossible to avoid sometimes. That isn't intentional, but the results are the same. (If I'm FCing we will often try to only send a few ships, but you also have to know that what looks like a single ship can often turn into an entire gang - Eve works like that.)

A blob is in the eye of the beholder. You know it when you see it.

It's a different story if they are using ECM or a Curse... that's just nasty.